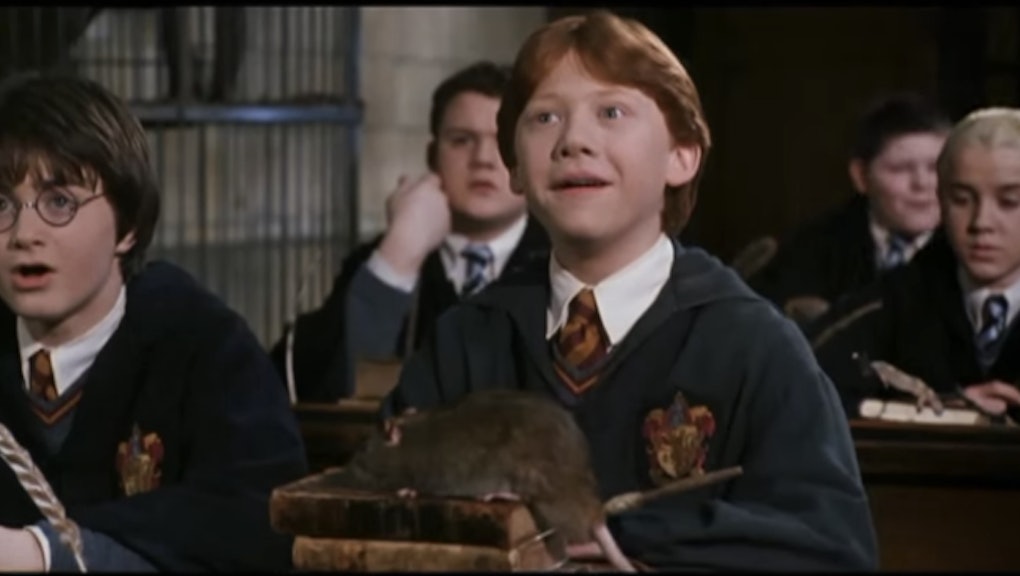 While J.K. Rowling has seemingly answered every Harry Potter theory imaginable, nine years after the release of the final book in the series, fans still produce compelling predicaments for the novels and film adaptations. The latest comes from Tumblr user marauduers4evr, which brings to light an interview Rowling had in 2000, when she said there were 1,000 students at Hogwarts.

The problem? In the films and novels, Harry's class is noticeably smaller, and the user theorizes that Voldemort's reign had an effect on wizarding parentage. Essentially, if wizards were being killed off by the Dark Lord, and others joined the Order of the Phoenix, it would've had a reverse-baby boom effect on the wizarding world. Not to mention witches and wizards would probably be afraid to have children during such a dark period in history. Pretty grim, indeed.

Plus, per Rowling herself, only 40 students are identified in Harry's year, which would be minute compared to her previous claims of 1,000 students — even though Hogwarts has seven years of schooling. Just to be sure, BuzzFeed did the math, and there would have to be an average of 35 students per house each year to equal 1000 students.

The films are even more indicting, as there are few members of Harry's class who are featured. However, there's an obvious response to this as well: The budget wasn't limitless, and minor characters had to be weeded out. It's the same reason Game of Thrones will sometimes combine storylines onto one character — to keep things from getting too confusing for the viewer. Rowling has cleared up part of the discrepancy, stating that there would be "considerably more" than 40 students per year at Hogwarts, but she wanted to hone in on a good proportion of Harry's classmates, and keeping it small would help (though even then she didn't feature all of "the original 40" in the novels).

Still, the fact that fans can still produce convincing theories — nearly a decade after Harry Potter ended — speaks volumes to the depth of the books, and the passion of the fanbase. Color us impressed, Muggles.