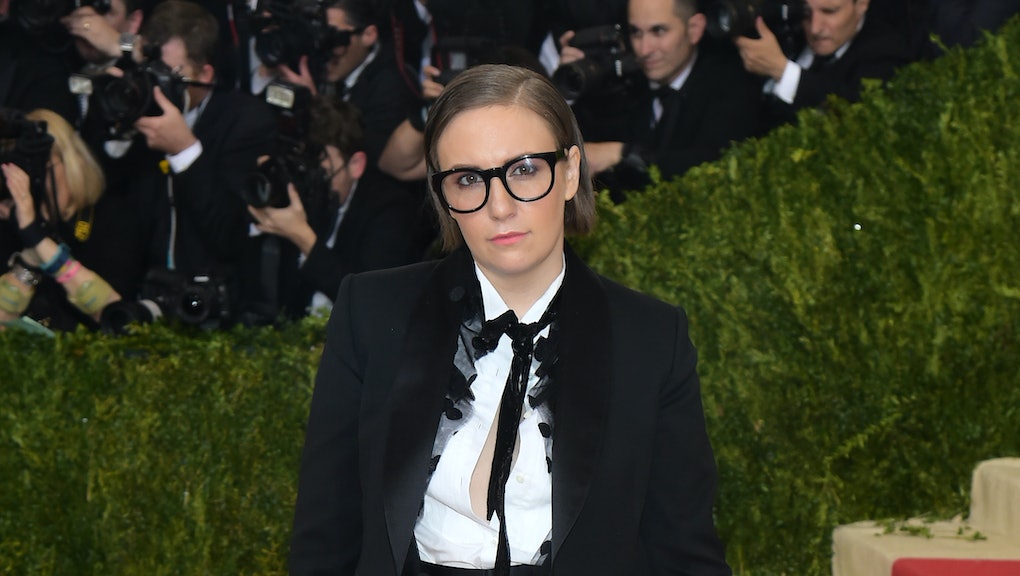 These Are the Two Words Lena Dunham Will Never Say Again: I'm Sorry

She says she's been doing it for years, but on Wednesday she made it official: Lena Dunham is breaking up with apologizing.

Yes, the writer and co-creator of HBO's Girls creator is done saying "I'm sorry." In a post on LinkedIn, titled "Sorry, Not Sorry: My Apology Addiction," Dunham wrote that the powerful feminist undertones in Beyoncé's Lemonade ("Sorry I ain't sorry") — compounded with encouragement from her father — has inspired her to eliminate the term from her vocabulary.

"Apologizing is a modern plague and I'd be willing to bet (though I have zero scientific research to back this up) that many women utter 'I'm sorry' more on a given day than 'thank you' and 'you're welcome' combined," Dunham wrote. "So many of the women I know apologize like it's a job they were given by the government."

Read more: Why Don't You Tell Us How You Really Feel? This New Gmail Plugin Will Help

Dunham is onto something — and scientific research backs it. According to a 2010 study published in Scientific American, women do apologize more than men. It's such an epidemic, the tendency has even been parodied in pop culture. A 2015 Inside Amy Schumer sketch tackled the same issue, with a fictitious "Females in Innovation" conference constantly halted with each panel member apologizing for things they decidedly didn't do.

Dunham explained that it was while working on Girls that she became hyperaware of her propensity to apologize, despite the fact that she was literally running the show.

I had men more than twice my age for whom I was the final word on the set of Girls, and I had to express my needs and desires clearly to a slew of lawyers, agents and writers. And while my commitment to my work overrode almost any performance anxiety I had, it didn't override my hardwired instinct to apologize. If I changed my mind, if someone disagreed with me, even if someone else misheard me or made a mistake... I was so, so sorry.

When I replaced apologies with more fully formed and honest sentiments, a world of communication possibilities opened up to me. I'm just sorry it took me so long.