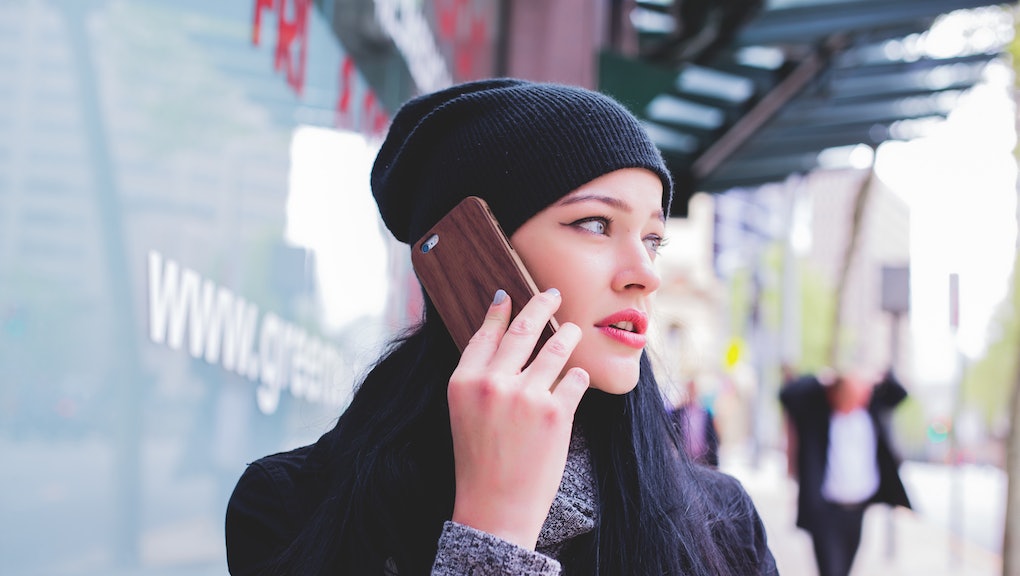 You're on your cell, regaling a friend with the MOST HILARIOUS STORY EVER when the silence on the line makes you stop, glance at your phone and face the fact that you've been talking to yourself for who knows how many minutes. The call dropped. You look around to see if anyone else noticed. The world is laughing at you!

You've got company. A 2012 survey by Pew Research Center's Internet & American Life Project found that 72% of cellphone owners experienced dropped calls, and a third of them happen more than a few times a week. That's a lot of routine frustration.

In those moments, when you're reduced to a seething cauldron of rage, we don't expect you to stop and appreciate the miracle of instantaneous communication we've come to rely on. But if you've ever wondered why calls drop — and how you can keep it from happening — we got you.

The Nuts and bolts: The average smartphone is made up of just a few key parts — namely a processor, which includes the LTE modem that connects your phone to the cell network, an antenna, a liquid crystal display (LCD), a keyboard, a microphone, a speaker and a battery.

Among the internal components, the processor is the heart of the system. It converts your voice into an electric signal, transmits it as a radio wave, then instantly converts it back to sound at the receiving end. Whether you're calling the Chinese restaurant next door or your grandparents halfway around the world, your cell phone has to process millions of calculations per second in order to send your voice back and forth without lag. While the speaker and microphone amplify your voice, the modem searches for a clean channel to transmit through and facilitates the transmission.

Think of it this way: 30 years ago, this technology would have filled the entire floor of an office building.

The "work" in network: Each phone call is powered by the cellular network — a grid of hexagonal-shaped "cells" covering an area of two or three square miles, each equipped with a base station. A typical city has hundreds of towers of all different shapes and sizes to ensure there are enough frequencies to furnish everyone's needs on a daily basis.

When you make a call, your phone transmits your request to the base station, which then registers the cell you are in and picks an open frequency to transmit and receive your call. When your phone and tower switch on those frequencies, the call connects.

Except for when it doesn't. Here's why — and what you can do about it:

1. Stay in one place. The most likely reason for a dropped call is that you're on the move. When you approach the edge of a cell on the grid, be it on a train, car or even while walking, the base station senses a weakening signal strength and instructs the phone to disconnect from one tower to connect to the next tower in range.

Nine times out of 10 the switch happens seamlessly, and you don't even notice. But it gets tricky if you are moving quickly, as the handoff needs to happen at exactly the right moment. On the off chance you are moving into a cell with too many people communicating with the base station, there isn't an open frequency to switch you to and the phone is unable to lock onto the tower. It could also be that the modem inside the phone bungled the trapeze act and tried to connect to the wrong tower, resulting in a dropped call.

2. Beware of electromagnetic fields. If you're not in motion, changes in your electromagnetic field are the most likely culprit. Nearly any kind of electrical device can have an electromagnetic emission, and some emissions can interfere with cellphone signals — the microwave in your kitchen, a radio playing in a window, a refrigerator or air-conditioning unit, all could potentially interfere. Avoid electromagnetic objects while talking on a cellphone and you'll have a much better chance of preventing a dropped call.

3. Avoid obstructions. This may surprise you, but even objects that don't emit electromagnetic energy have an effect on your reception — a truck driving past while you're walking down the street can cut your signal strength by 50%. Another person crossing your path of transmission can have a similar effect. Even turning your head to the side can cut your signal strength in half.

No, we're not suggesting that you wait to make your calls until you can find a spot without obstructions or electromagnetic fields — we're talking about mobile phones, right? But once the anger fades, take a moment to consider that your phone and your network are coordinating with each other hundreds or even thousands of times a second to make every call happen. And with over 4 billion phones in use around the globe, it's a wonder we manage to get through to anyone at all.