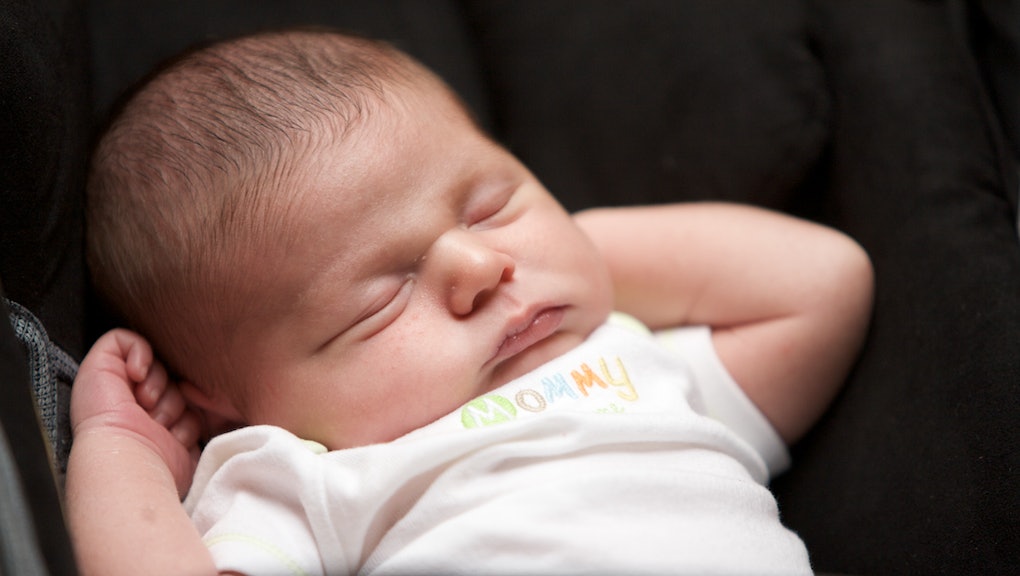 Last week, father-to-be Dan Majesky from Cincinnati, Ohio, wrote a Facebook post documenting his years-long struggle to conceive with his wife, Leah. Over the past three years, Majesky wrote, the couple has endured everything from a heartbreaking miscarriage to hormone treatments, sperm collection and even intrauterine insemination, in which sperm is inserted directly inside the woman's uterus.

With equal parts humility and humor, Majesky discussed the emotional roller coaster of the couple's struggles with infertility.

"The doctors start talking about Next Steps, and the Next Steps are very expensive, so you try it one more time," Majesky wrote. "And then, while you're in Kansas on a road trip with a friend, your wife does the IUI with a frozen deposit you left behind. And you get pregnant..Everything looked great and we were on track, so when we went in for one final scan before being released to our obstetrician a couple weeks later, we were all smiles and jokes. 'I'm so sorry. I can't find the heartbeat.' And then you're not pregnant."

Reports by the American Pregnancy Association estimate that up to 25% of pregnancies end in miscarriage. Yet even though pregnancy loss is extremely common, the subject is still shrouded in stigma.

Majesky was shocked by how devastating the miscarriage was, even early in the pregnancy. "People don't talk about it. Because you don't want to talk about it," he wrote. "Because you spend all day thinking about it, managing it. Trying not to cry."

According to the United States Centers for Disease Control and Prevention, more than 6.7 million American women ages 15-44 have struggled to conceive and carry a pregnancy to term, plus an additional 1.5 million who find they are infertile after at least a year of constant effort.

Hundreds of people commented on his Facebook post, sharing encouragement and personal stories of their own. So far the post has been shared more than 7,000 times.

Majesky hopes sharing his story will help other couples struggling to conceive. His wife Leah is now pregnant and they are happily discussing names for their future daughter. "I hope that maybe this helps someone else feel less alone," he wrote on Facebook. "And I hope that everything goes well, and I can inundate you with pictures, starting in November."