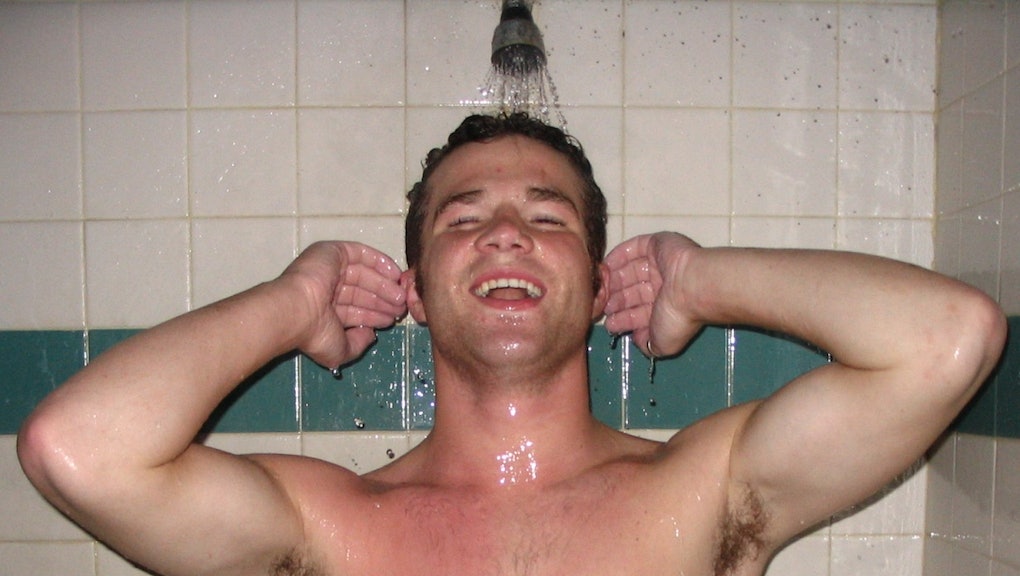 Peeing in the shower is awesome. There's no aiming! No wiping! No butt-cheek-toilet-seat contact! It's so great, a survey once found that 61% of Americans admit to doing it.

Another benefit to peeing in the shower? It saves water.

Flushing the toilet accounts for around 27% of Americans' water usage, according to the Environmental Protection Agency. Standard toilets use 1.6 gallons of water per flush, while older toilets use between 3.5 and 7 gallons.

Those saved gallons of water add up over time — especially when everyone gets on board.

In 2014, students at England's University of East Anglia campaigned for their school's 15,000 pupils "to take their first wee of the day while having their morning shower," according to the BBC. Over the course of a year, the school would save enough water to fill 26 Olympic-sized swimming pools, according to the students' calculations.

It's not a perfect solution: Unless you're washing your hair while you whiz, there's a good chance you're still wasting some water while you pee in the shower. Who among us, mid-shower pee, hasn't stared off into oblivion as the hot water cascaded down our bodies?

It saves paper, too... if you wipe after peeing on the toilet. Suppose you use 10 squares of toilet paper per pee-wipe, and your toilet paper roll contains 500 total squares. If you pee in the shower just once a day, you'll save yourself a roll of toilet paper every 50 days. Hurray!