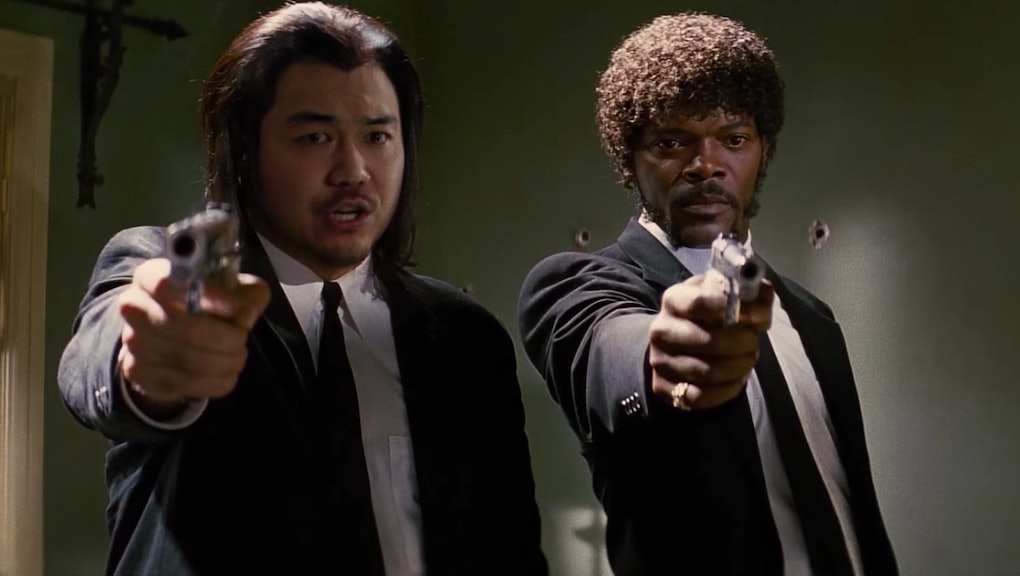 "The other night I watched the Oscars/ And the roster of the only yellow men were all statues."

These cutting lines open "Safe," the latest single from Korean-American rapper and actor Jonathan Park, aka Dumbfounded. They set the tone for an uninhibited takedown of Hollywood's constant whitewashing of Asian characters — a critique that only gets more confrontational when considered along with the song's video. In it, Park superimposes his face onto some of the most iconic roles in TV and film history held by white men.

The faceswaps are funny at first, but gradually get more disturbing as the extent of Hollywood's whitewashing problem becomes clearer and clearer. The video swaps Parker's face onto Johnny Depp's in Pirates of the Caribbean, John Travolta's in Pulp Fiction and Leonardo Dicaprio's in The Great Gatsby.

The underrepresentation of Asians in film has been a major talking point in the film world this year.

Scarlett Johansson and Tilda Swinton have both drawn the ire of Twitter after they were cast to play Asian roles in the upcoming films Ghost in the Shell and Dr. Strange, respectively. As Mic's Kevin O'Keeffe pointed out on Hollywood's whitewashing, only 5.3% of speaking and named characters in the year's top 100 films were played by Asian actors in 2014.

While sharing the video on Facebook, Dumbfounded wrote he hopes the video adds necessary fuel to the conversation about Hollywood inequality. Judging by the flood of responses his post has already received, with fans sharing their experiences challenging Asian stereotypes, he has done so in a big way.