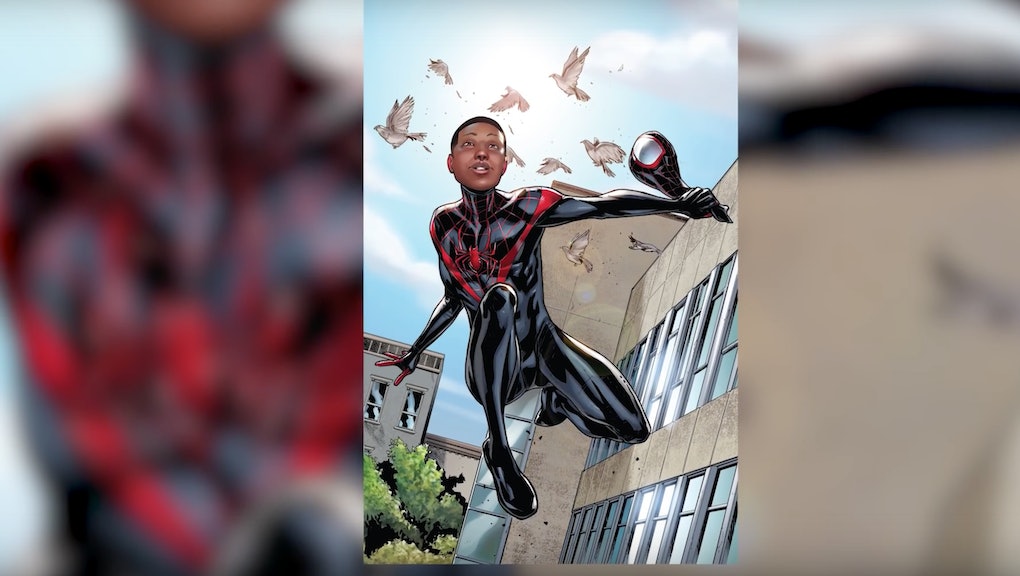 Cinema blog Slashfilm reports that in 2018, Sony Pictures Animation will bring an animated Spider-Man to theaters in 2018 and the internet rumor mill has churned out a name for which version of the character that might be: half-black, half-Puerto-Rican Miles Morales.

Most people know Spider-Man to be Peter Parker, there actually have been several different characters who've donned the costume.

Just like Parker, Morales is a total science nerd. Marvel debuted Morales in 2011 as a part of Marvel's alternate "Ultimate" universe, which reimagined several superheroes. However, Morales was folded into the main Marvel universe and became Marvel's primary Spider-Man in 2015.

According to Slashfilm, Morales will be the focus of the animated Spider-Man film because it exists separately from the rest of the Marvel Cinematic Universe.

While its great to see Marvel bring Morales to the big screen, with now three separate young, white actors — Tobey Maguire, Andrew Garfield and Tom Holland — getting a shot at playing the web slinger on film, it'd be great to fold Morales into the live-action universe.

However, as has been evident from recent campaigns like #GiveElsaaGirlfriend or the recent spotting of a lesbian couple in the Finding Dory trailer, animated representation can be just as powerful, especially when it comes to youth.