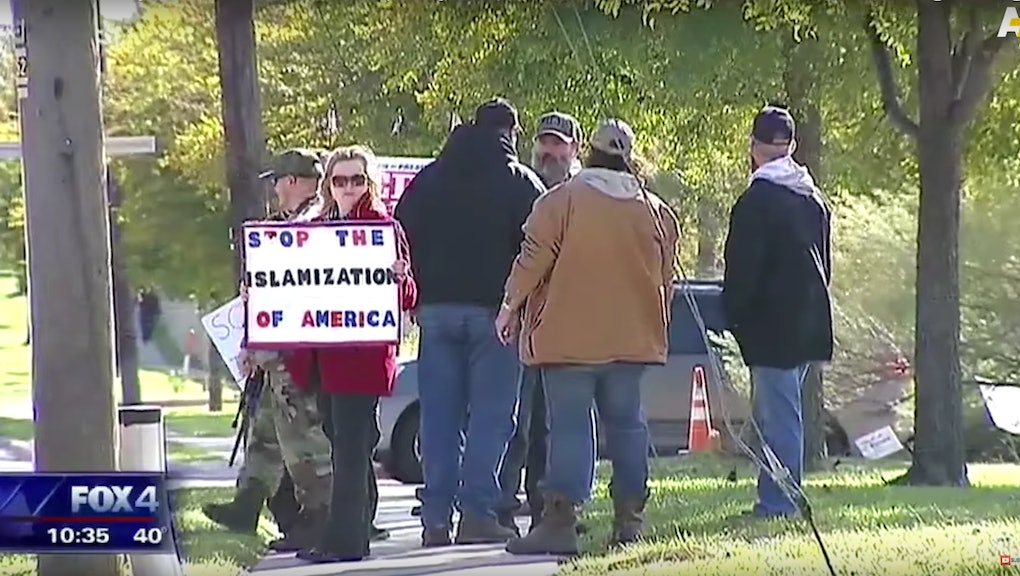 A group of armed anti-Islam activists in Texas said they add pig's blood and bacon grease to their bullets to make sure the Muslims they shoot "go straight to hell," according to a new video from AJ+.

The video, titled Armed and Vigilant: In Fear of a Muslim Uprising in Texas, documents anti-Islam fervor in Texas, specifically the attitudes of a group of gun-toting militants called the Bureau of Islamic Relations. AJ+ spoke with members of BAIR as they packed their guns and practiced shooting them near railroad tracks at an undetermined location.

"A lot of us here are using either pig's blood or bacon grease on our bullets, packing it in the middle, so that when you shoot a Muslim, they go straight to hell." BAIR member David Wright said to AJ+. "That's what they believe in their religion."

"Don't fuck with white people," a member of BAIR says after Wright explains the bullets to AJ+.

BAIR is based in Irving, Texas — the same town where Muslim student Ahmed Mohamed was arrested for bringing a clock to school. BAIR protests the "Islamization of America."

"The next step in Jihad does not involve random, sporadic attacks," Wright told AJ+. "They started killing people. They started slaughtering people wholesale."

BAIR has held several armed protests outside of mosques in the past. Though they hold anti-Islam views, they do believe some people, like Donald Trump, go too far.

Mic previously reported that David Wright believed Trump's Muslim ban was too extreme, calling it "inefficient, ineffective" and noting that it "opens the door for him to be labeled a racist and a bigot."

"I don't want someone like that running my country," Wright told Public Radio International.

Wright has also said he's open to letting Muslims come to America if they bring jobs.

"We've always been a nation of immigrants," Wright said. "Even if a Muslim man from Dubai wanted to come and stay here permanently, I don't have a problem with that. If he's a business owner and he's going to create jobs, that's fine. Come here, create jobs here, hire our people."