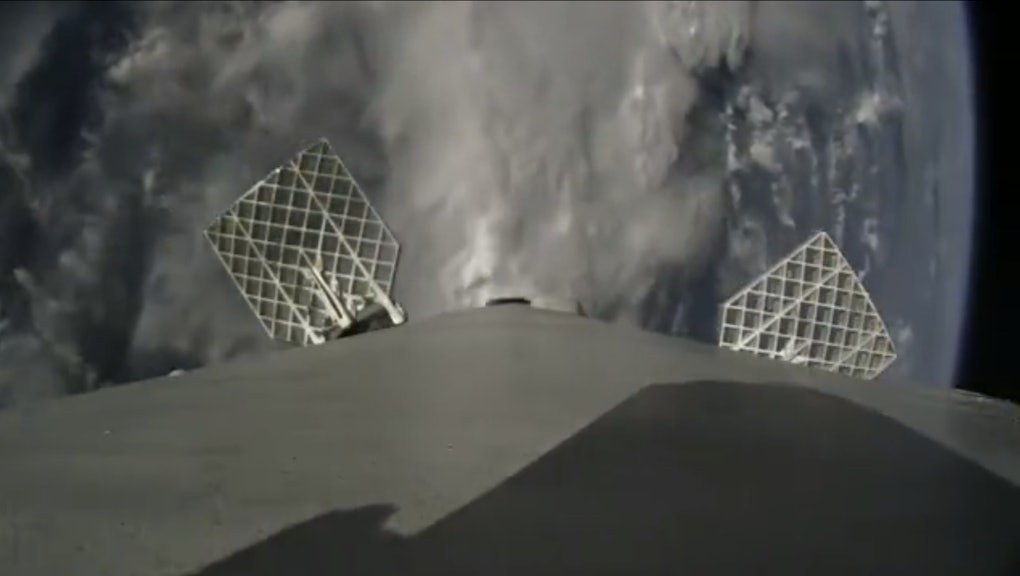 Watch This Insane SpaceX Landing From Aboard the Rocket Itself

An out-of-this world video released by NASA Saturday shows a time lapse of SpaceX's Falcon 9 landing safely on Earth — the third successful mission for the rocket in just two months.

The landing was slated to be the most difficult that SpaceX had attempted thus far with Falcon9 descending through the atmosphere "fast and hot" and the implementation of a "new, experimental landing pattern," according to Gizmodo.

But concerns over a safe landing evaporated after the rocket struck its mark aboard the Of Course I Still Love You drone barge, situated in the Atlantic Ocean.

The purpose of the rocket's launch was to deploy the Thaicom 6, a commercial communications satellite, into orbit, which it did successfully.

Read more: SpaceX Just Landed Its Rocket on a Drone Ship for the First Time