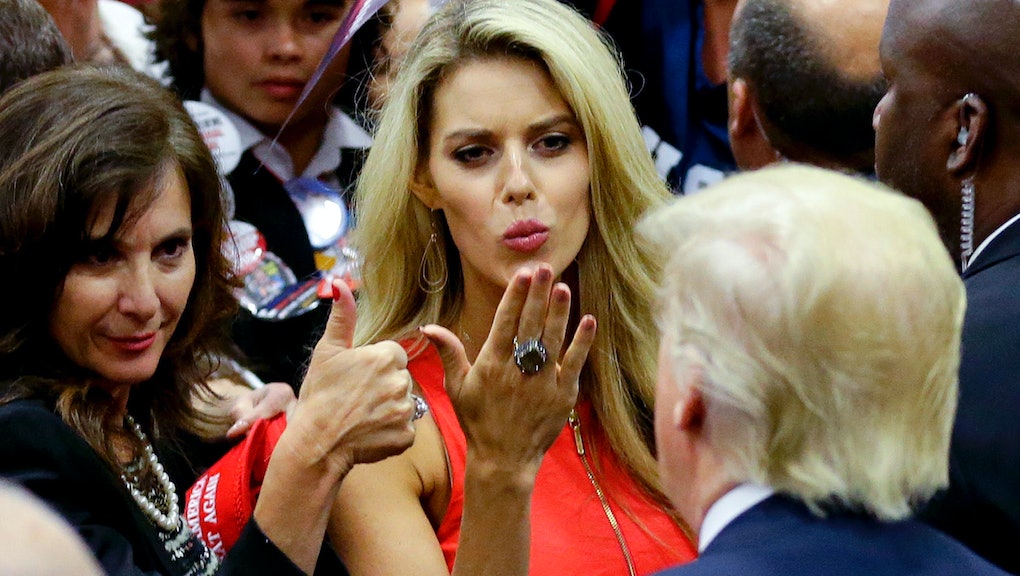 For the few women who found their way into billionaire Donald Trump's campaign, there are significant pay disparities between them and the men who make up roughly 75% of the presumptive GOP nominee's staff.

There are only 18 women working on the Trump trail, compared to 52 men, according to his May financial disclosure report. Meanwhile, leading Democratic candidate Hillary Clinton's campaign staff includes 51% women and 731 total staffers, with fairly equitable pay for male and female employees with similar roles — especially when compared to every other 2016 presidential campaign.

But when it comes to Donald Trump's pack of yes-men, the only thing that seems to determine who makes a significant paycheck is gender.

While communications director Hope Hicks and national spokeswoman Katrina Pierson were only paid $7,700 and $10,486 respectively, Trump's campaign manager, deputy campaign manager, chief policy adviser and social media director all earned between $12,500 and $20,000 in April and May. It should be no surprise each of those roles are held by men.

Clinton's highest-paid staffer is director of communication Jennifer Palmieri — four of her ten top-earning employees are female. Trump only has three leading ladies in the top ten highest-paid rankings, while Vermont sen. Bernie Sanders' highest-paid employees are all male, as Jezebel reported.

The gender disparity revelations on Trump's team follow reports of the candidate's Iowa field organizer Elizabeth Mae Davidson filing a discrimination complaint against Trump and alleging she was sexually harassed by the presidential candidate, along with another woman. Davidson further alleged she was kept in a part-time position so her male equals could be paid higher salaries.

Read more: Jimmy Kimmel Calls Donald Trump Out For Being "Full of Shit"