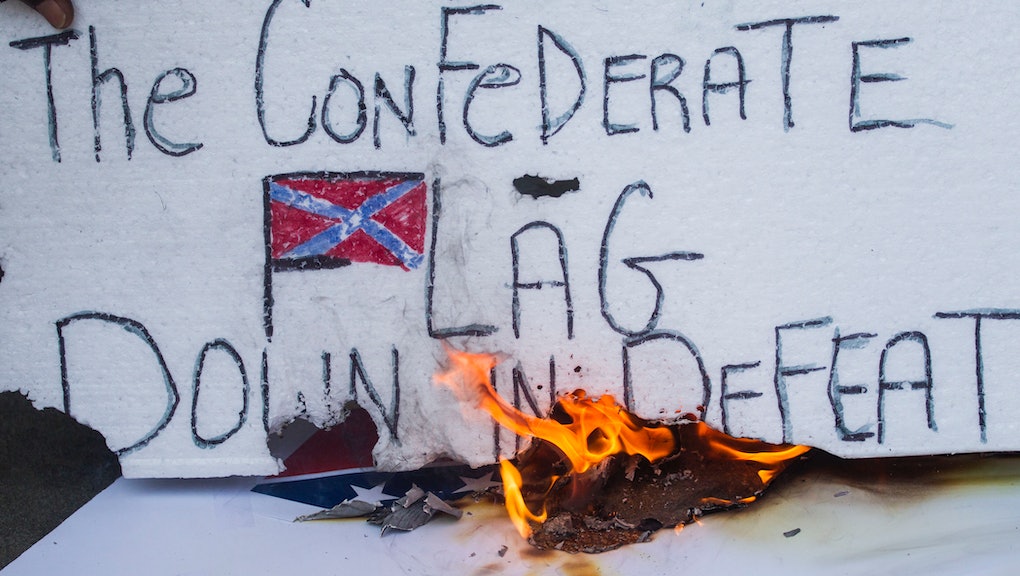 Most Americans celebrate Memorial Day with a delicious barbecue. But here's something some are adding to their grill list: the Confederate flag.

South Florida activist John Sims is leading an effort to turn Memorial Day into Confederate flag-burning day, reported Think Progress on Sunday. Sims previously organized 13 small flag-burning events across the 13 states of the Confederacy earlier this month, according to IBT, with the justification "the Confederate flag is the N-word on a pole."

Now, he's providing downloadable "Burn and Bury" kits for people unwilling or unable to put forward the cash to purchase a real Confederate flag, with the intention of making the process as easy as possible, according to Think Progress.

Sims uploaded a video remix of a burning Confederate flag, dubbed over with the words of an op-ed he wrote for the Huffington Post on the subject.

Southern heritage groups like the Sons of Confederate Veterans "have failed to recognized the unredeemable nature of the Confederate flag as symbol of Southern heritage," Sims told Think Progress. "And to deny this flag's connection to American white supremacy and fear of the loss of white privilege is insane. I challenge the Sons of Confederate Veterans to come correct and acknowledge that the Confederate flag should be retired as an artifact. And after that they should help advocate for reparations for slavery."

He added he hoped Burn and Bury Memorial Day would "ritualistically confront through reflection and catharsis, the pain and trauma of a very horrific part of American history."

While advocates for the flag often cite its historical value, the symbol is deeply part and parcel of the racist ideology of the Confederacy which created it and the slave economy of the antebellum South. One white variant of the flag, the second Confederate battle flag, the "Stainless Banner," was explicitly designed by its creator William Thompson as a "WHITE MAN'S FLAG" [sic] symbolizing the "heaven ordained supremacy of the white man over the inferior or colored race."