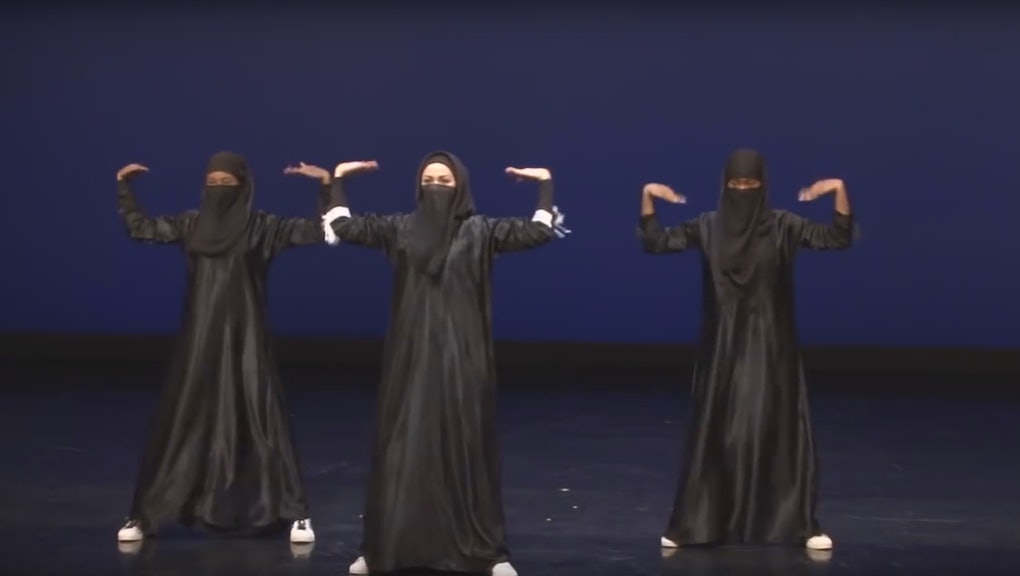 Hip-hop dancer Amirah Sackett is challenging stereotypes of Muslim women with her group, We're Muslim, Don't Panic, in an effort to "[bring] empowerment to Muslim-American women and girls who regularly experience discrimination," Bust reported in a recent profile.

An Oct. 15, 2015 performance by her group shows the ladies in her group have some pretty sick moves:

"I wanted to flip the script," Sackett told Bust. "I wanted to educate others and reflect the beauty that I know and love in Muslim women. Yes, there are oppressed women in the Muslim world. Women are oppressed the world over. These are our mutual struggles."

Since WMDP debuted in 2011, recording artist Brother Ali featured the group in his "Mourning In America" music video, and they have toured schools around the country to educate young people on stereotypes.

Challenging stereotypes is a top priority for the Muslim-American community, with one survey by the Council on American Islamic Relations finding 30% of U.S. Muslims rank it as their most important concern in 2016.

Following an Islamic State terror attack in Paris last year which killed at least 130 people and wounded hundreds of others, and a mass shooting by two Muslim gunmen in San Bernardino, California which killed 14 people and wounded some 21 others, Islamophobic attitudes in the U.S. and Western Europe have skyrocketed. One poll by Morning Consult found 50% of U.S. voters supported presumptive Republican presidential nominee Donald Trump's plan to bar all Muslims from entry to the country, including about one-third of Democrats and over 70% of Republicans, Think Progress reported.

A prior version of this story's headline referred to the clothing the dancers wear as a hijab. In the video featured, WMDP is wearing niqabs.