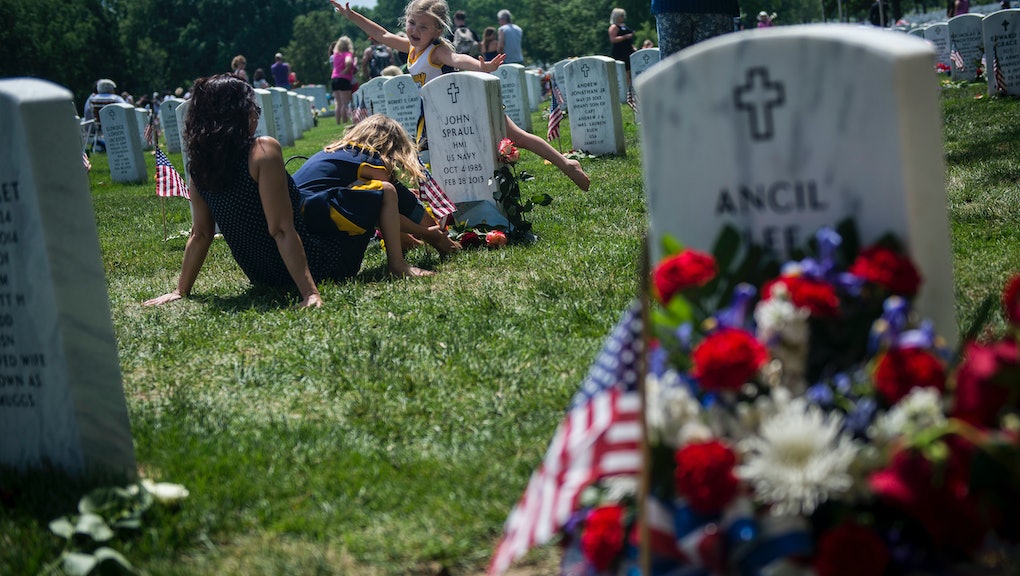 Memorial Day — a day off from work in which Americans congregate around a barbecue and pay homage to all things red, white and blue. The unofficial kickoff to the American summer is never typically honored for its true meaning, as one veteran expertly expressed in a Washington Post essay: to remember the lives of those lost while fighting for the military.

But the holiday that began has Decoration Day over 150 years ago in an effort to decorate the graves of fallen soldiers has since turned into a commercialized effort to sell backyard decorations along with summer meats and refreshments for neighborhood parties.

Haskamp also notes that she's attended more than 75 funerals since Sept. 11, 2001 of friends and acquaintances in the military.

"I'm frustrated by people all over the country who view the day as anything but a day to remember our WAR DEAD. I hate hearing 'Happy Memorial Day,'" she wrote.

Haskamp, who ended active duty in 2006 but continued working for the Marine Corps as a civilian, concluded freedom isn't necessarily free: "Since 1776, it's actually cost us more than 1.3 million lives.

"I hope you enjoy your weekend — but I hope you pause to remember, too."