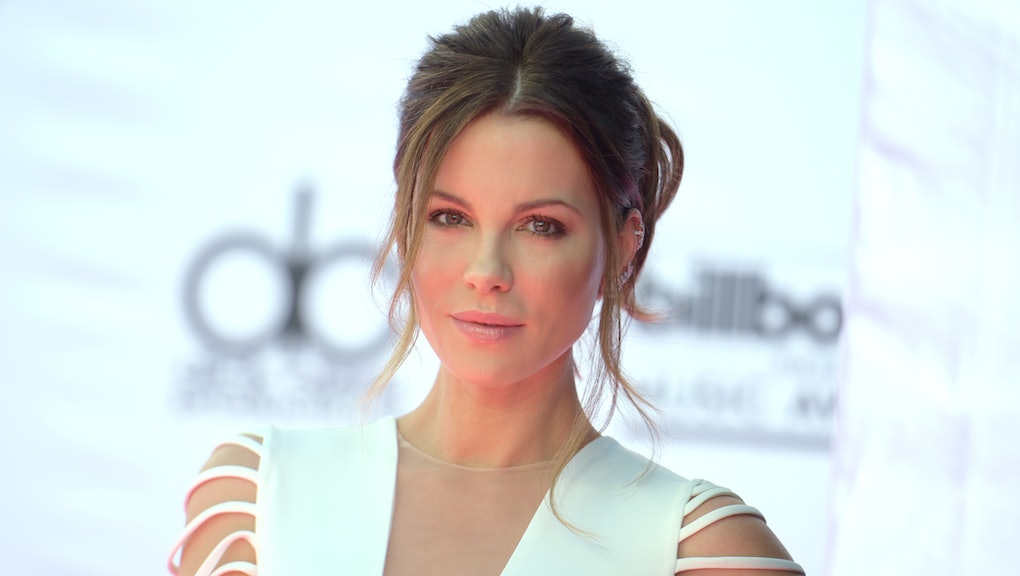 People in movies often don't resemble people in real life. Actress Kate Beckinsale gets this, even if she doesn't quite get why it has to be that way. As Time reported, the British star discussed the puzzling appearance requirements she was obligated to meet while auditioning for the Michael Bay-directed Pearl Harbor. As Beckinsale explained on the Graham Norton Show (only available in the U.K.), her character — a nurse on the military base — was held to some perplexingly high fitness standards.

"I'd just had my daughter and had lost weight, but was told that if I got the part, I'd have to work out," she said. "And I just didn't understand why a 1940s nurse would do that."

One would think that such a nurse might have more pressing concerns than an exercise regimen, such as her job and a nation on the brink of war. Beckinsale also said that Bay was "baffled" by her because she wasn't blonde and because her "boobs weren't bigger than [her] head," and noted that during the film's promotion, Bay said repeatedly that "'Kate wasn't so attractive that she would alienate the female audience.'"

It would seem that the Transformers director likes his starlets hourglass-shaped and blonde, even if the character wouldn't necessarily be either of those things in real life. Vanity Fair did some digging and confirmed Beckinsale's assertion. Bay praised Ben Affleck's determination and Josh Hartnett's acting chops, but only ever commented on the female stars passable looks.

"I didn't want someone who was too beautiful," he said. "Women feel disturbed when they see someone's too pretty. I'm not saying Kate's not pretty ... [she] is very funny, could hang with the guys."

She still had to be arbitrarily in shape to do that, though.