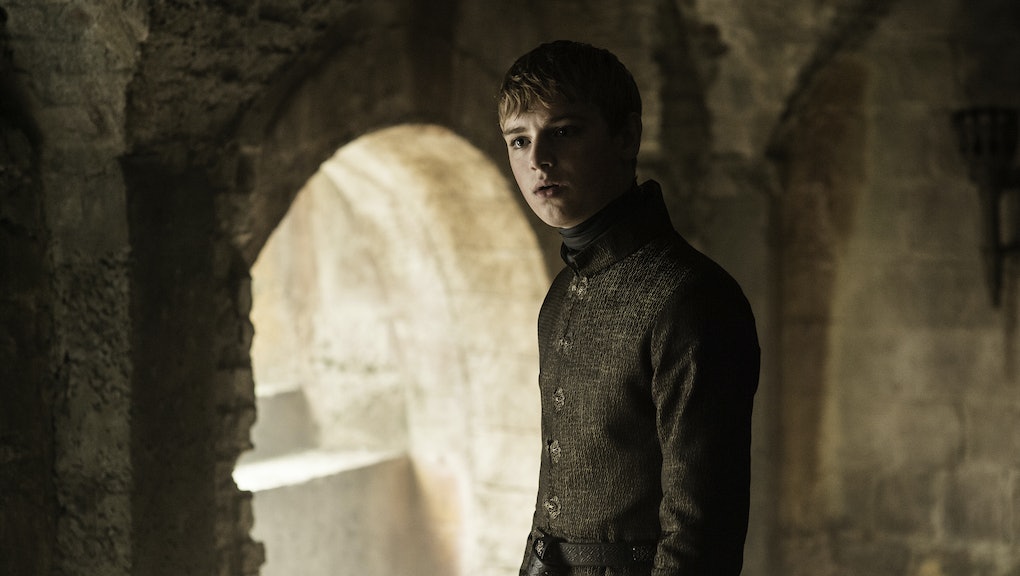 On a show like Game of Thrones, if there's an episode where we're given very few deaths, that can be construed in a negative light. With dragons, White Walkers and a sadistic Northern ruler lurking around, it could appear as if nothing happened. But that was far from the case in "Blood of My Blood," as its real strength is derived from its name.

The sixth episode of the sixth season was wholly dedicated to family, with long anticipated reunions both good and bad happening across Westeros. Not all of the family drama in the episode will have wide-ranging effects on the main story, but compelling moments on Game of Thrones don't always have to rely on such high stakes. Here's four family-fueled storylines that made the case that when Game of Thrones keeps it in the family, it's all the more compelling.

Read more: The 'Game of Thrones' Season 6 Spoiler We've All Been Waiting For: The Return of Benjen

Jaime Lannister and Tommen Baratheon: The king himself, Tommen Baratheon, halted the Lannister-Tyrell plan to depose the High Sparrow. Tommen, having spent one-on-one time with the High Sparrow, is now willing to forgive the man who forced his mother to walk naked across the streets of King's Landing. He opts for an alliance between the crown and the faith, which the common folk seem thrilled with.

Yet where the people of King's Landing are joyous, Cersei and Jaime are placed in a precarious position; they put all their cards in the faith-destroying basket. For the duo — even with what amounts to Frankenstein on their side — they made the mistake of excluding their son from all the scheming, despite holding the position that gives them their power in the first place: the Iron Throne.

Tommen strips Jaime of his role as Lord Commander of the King's Guard, sends him to help the Freys' take back Riverrun. There is palatable tension between father and son, but that's the thing: Tommen, without consciously knowing the truth, merely sees an uncle overstepping his bounds. However, it's unlikely Jaime or Cersei will share it with their son. It would let him know his role as king is built on a lie — and the last time the omission was shared with a Lannister child, it ended rather unpleasantly.

Sam and Randyll Tarly: We've heard about Sam's father, Randyll Tarly, off-screen since the start of the show — it's because of his hatred for his son that he's sent to the Wall in the first place. From the onset, it's clear that Randyll wants his family to assume traditional roles for themselves. The men hunt, fight and rule; the women are there to look pretty and be wed off. Sam's reluctance to fighting, and propensity to read, disgusts Randyll.

Sam's grown up quite a bit on the show — from barely knowing how to pick up a sword, he kills a White Walker and Wildlings, and proves himself to be a brave (though not fully capable) fighter.

Yet despite his growth as a character, he succumbs to whimpering at his father's disapproval and verbal abuse — the same Sam who left his home in disgrace.

Sam ultimately proves his strength with some encouragement from Gilly. By the end of the episode, he decides to take her and the baby with him, along with family sword, Heartsbane. For Sam — despite all his valor with the Night's Watch in the face of death — his bravest moment on Game of Thrones was a personal one: standing up to his father.

Walder Frey and his sons: We haven't seen Walder Frey since the immediate aftermath of the Red Wedding, but thankfully, karma's caught up with him and his house. The widespread massacre at the Twins couldn't stop Brynden Tully, also known as "the Blackfish," from rallying enough men to take back Riverrun. What's more, his biggest political allies, Roose Bolton and Tywin Lannister, are dead.

Now, he and his sons are at an impasse. Walder wants them to immediately take back Riverrun from the Blackfish, while they concede that it's an impossible task at the moment, given the Blackfish's fighting prowess and strategic advantage (he's literally inside a castle).

We've seen this type of father-son tension before — Ramsay Bolton wanted Northern houses to succumb to fear by making examples of people by skinning them alive, while Roose wanted to play the slower, long-term game: gaining trust from houses that were loyal for centuries to House Stark. Though, in the end, Ramsay's impulsive, violent behavior wins over, by killing his father and taking the North for himself.

The role's have been reversed with House Frey, as the head of the house wants to act impulsively despite the consequences. Even though they will be receiving help from Jaime Lannister — and hold Edmure Tully hostage — the Freys should be very worried about their survival. (The North Remembers, after all.)

Bran and Benjen Stark: Bran and Meera were saved from the wights from an unexpected source: Bran's long-lost uncle, Benjen Stark. Benjen reveals to them that he's, essentially, a human-wight hybrid. The Children of the Forest saved him after a White Walker left him to die from a fatal stab wound by doing the same thing they did to create the White Walkers: stabbing dragonglass into his heart.

However, even these peculiar circumstances were a cause for celebration: We actually gained a Stark, instead of losing one. More importantly, Benjen tells Bran that he was helping the Three Eyed-Raven while he's been Beyond the Wall, and is poised to help his nephew in a similar light. Benjen might also serve as the missing link between Bran's visions of the Tower of Joy and Jon Snow's true parentage.

If Ned were to have confided the secret of Jon Snow's real parents — who many assume is Ned's sister Lyanna Stark and Rhaegar Targaryen — to anyone, it could be his brother who swore an oath to the Night's Watch. In any case, we just had our second Stark family reunion this season, after Sansa and Jon's alliance to reclaim the North. For the first time in ages, things are looking up for the oft-tormented Northern house.

Ultimately, "Blood of My Blood" was a timely reminder of where this series began. It started with a family, the Starks, and it's in the intimacy of that family and the other houses we've met along the way that build the emotional foundation for the show. Yes, dragons are roaming the skies and the White Walkers continue to march south. But none of that really matters if we don't care about the people it affects.