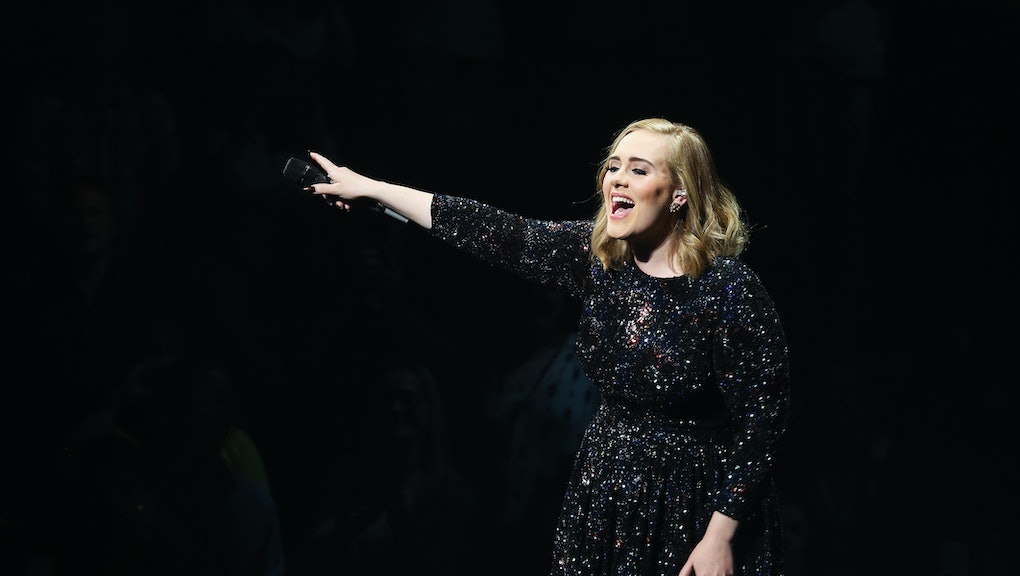 Things Adele is probably okay with you doing at her concerts: dancing, singing, swooning, screaming and maybe even crying.

Things she is not okay with you doing: filming her entire set.

In a video recorded on Sunday night during her concert in Verona, Italy, Adele took time out of her set to call out a fan for setting up a tripod and filming.

Read more: Adele Messed Up the Lyrics to "A Million Years Ago" at Lisbon Concert — and Fans Loved It

"Yeah, I want to tell that lady as well," she says while moving across the stage and pointing to the woman. "Can you stop filming me with the video camera, because I'm really here in real life. You can enjoy it in real life rather than through your camera."

"Could you take your tripod down?" she insists before noting that there's plenty of people outside the venue who'd love to actually be where she is right now. "This isn't a DVD, this is a real show and I'd really like you to enjoy my show because there's lots of people outside that couldn't come in."

In response, she received cheers from the crowd, who seemed relatively at ease with the songstress taking a minute out to correct a fan's wrong and getting candid mid-concert. It's the latest bit of charm offensive from Adele on this tour. Earlier, she flubbed the lyrics to her song "A Million Years Ago" and received applause in return.

"Shit, wrong words," she said into her microphone at the time. "Shit, shit, shit. I started singing the verse ... sorry."

In calling out a videographer from the stage, Adele joins singers like Patti LuPone, who called out an audience member for texting. And Prince, who was an advocate for banning recording, cell phones and photography at his concerts.

With legendary company like that, it's clear that all Adele wants is for you to love the things she does; from the way she talks, to the way she moves. She just wants to make sure everybody there is watching.

If you were at an Adele concert, why wouldn't you?