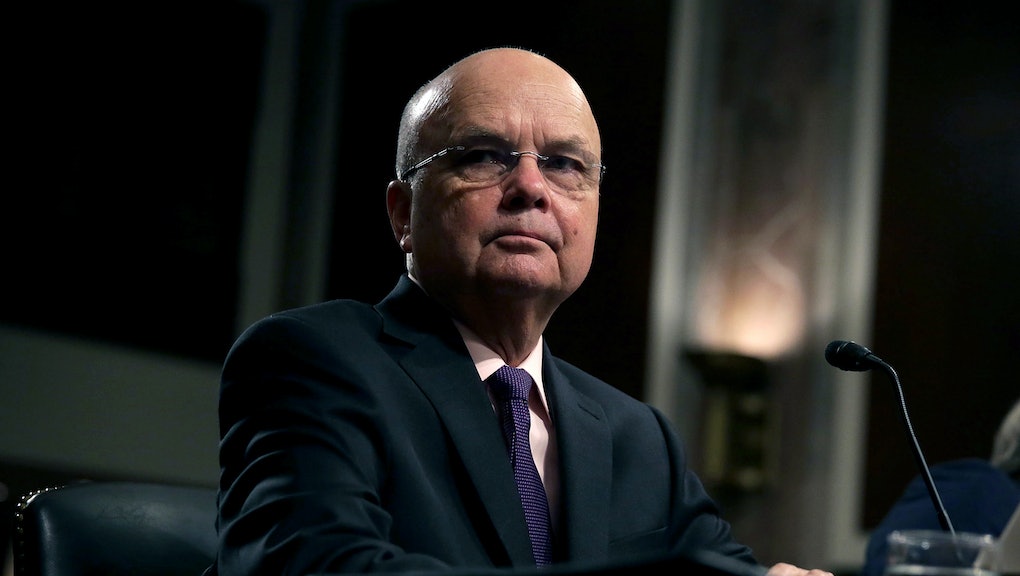 In One Quote, a Former CIA Director Sums Up the Perils of a Trump Presidency

A former director of the CIA said Sunday that presumptive Republican presidential nominee Donald Trump's rhetoric on Islam is providing a boost to the enlistment efforts of radical jihadist groups like the Islamic State group.

Michael Hayden, who was also once the head of the National Security Agency, told the Guardian that the former reality TV star has been playing into the kind of clash-of-civilizations narrative on Islam and the West that fuels the growth of militant Islamist organizations.

"The jihadist narrative is that there is undying enmity between Islam and the modern world, so when Trump says they all hate us, he's using their narrative," Hayden told the Guardian. "He's feeding their recruitment video."

Hayden also said in the interview he believed Islam is undergoing a bout of turmoil and attempts at redefinition akin to what Christianity experienced during the 17th century, and that bombings in Western cities were not the ultimate goal of terrorist networks.

"We are not the target, we are collateral damage. What has happened in Paris, in Brussels ... is spillage," he said.

In December he called for a "total and complete shutdown of Muslims entering the United States," but earlier in May he said that the proposal was "only a suggestion."