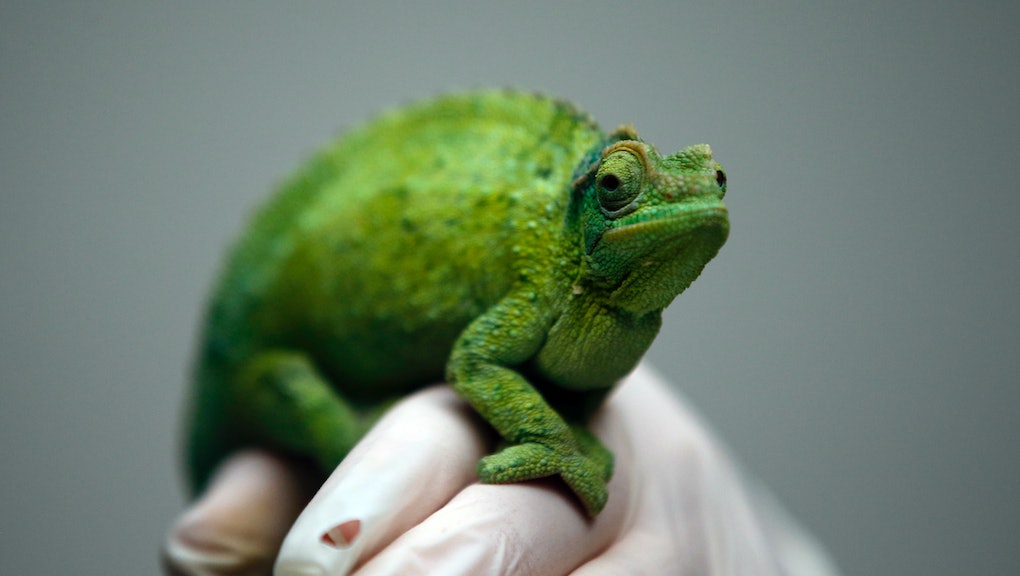 Over the holiday weekend, a hacker in Texas publicly declared Donald Trump a reptile.

Three Texas Department of Transportation electronic road signs were hacked in west Dallas over Memorial Day weekend, NBC DFW reported. The signs, which usually display text like "Exit Closed" or "Lanes Shift Ahead" instead broadcast "Bernie for President," "Donald Trump Is a Shape-Shifting Lizard" and "Work Is Canceled — Go Back Home" (that one also read "Party Hardy Y'all!") The first two signs were found on or near Interstate 30 and the latter was just north of that.

The Texas DoT started to turn off the signs "shortly before 6 a.m." on Tuesday morning. The DoT told NBC 5 reporter Tim Ciesco that, to "their understanding," all of the electronic road signs were "turned off, locked and secured" ahead of Memorial Day weekend. They added that whoever hacked the signs would have had to do it at the physical location — there is no way to remotely hack them.

The pro-Bernie message comes after Hillary Clinton "easily won" the Texas Democratic Primary, crushing Sanders with 65% support to his 33%. The red state hacker remains at large.