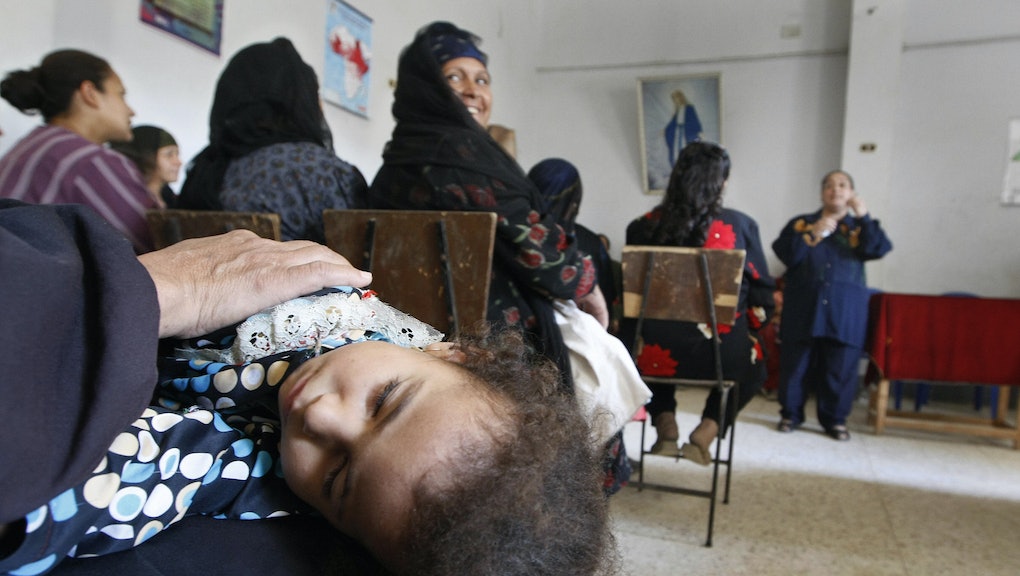 Egypt banned female genital mutilation, or FGM, in 2008, but the law didn't stomp out the practice — many girls are still forced to have all or part of their clitoris removed, not out of medical necessity, but out of fear for their future promiscuity. Mayar Mohamed Mousa is one such girl, a 17-year-old who died Sunday in a private Suez hospital while undergoing FGM at the hand of a licensed doctor, the Guardian reported.

"Mayar died due to ignorance and backwardness of her mother, who regarded her daughter as guilty only because she was created a female," one of the girl's classmates reportedly said in a Facebook post. Mousa's mother is a nurse and faced questions from Egyptian prosecutors Monday, following the hospital's closure for investigation. Mousa's sister was circumcised just before she was, and survived.

According to the World Health Organization, some 200 million girls and women have been subjected to genital cutting. Despite its being illegal in Egypt, the procedure — traditionally performed on young girls — remains common within the country's Muslim and Christian communities: In 2008, by UNICEF's count, 95% of Egyptian women ages 15 to 49 who'd been married had been subjected to FMG, with 72% of those operations performed by doctors.

FGM can cause extreme, full-body pain during sex, difficulty urinating, psychological trauma and complications during childbirth, aside from a slew of risks posed by the procedure itself, which — as evidenced by Mousa's death — can be highly dangerous. For all these reasons, UNICEF considers FGM "a fundamental violation of the rights of girls."

Although the practice is falling out of favor with mothers, the Guardian reported, it hasn't been wiped from national convention in many countries. Still, actively prosecuting FGM as a crime in Egypt is an important step. According to Jaime Nadal, the UN Population Fund's representative in Cairo, "If we were able to eradicate FGM in Egypt, we could get rid of one-fourth of the cases worldwide."

Read more: What It's Like to Have Sex After Undergoing Female Genital Mutilation