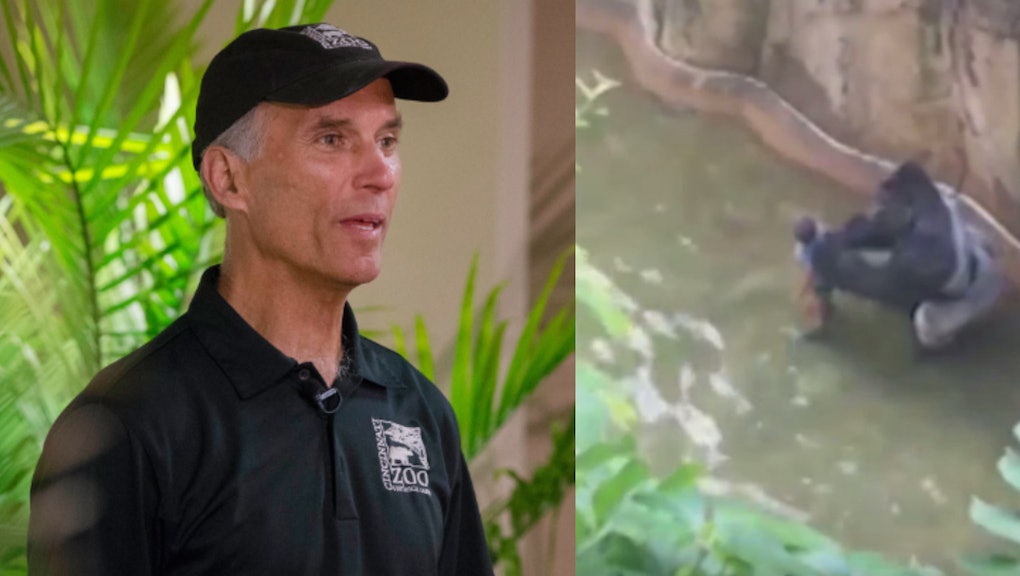 The director of the Cincinnati zoo is speaking out about the decision to use lethal force on Harambe, the 420-pound western lowland gorilla killed Saturday when a 4-year-old somehow breached a barrier and entered the Gorilla World exhibit's moat.

Zoo director Thane Maynard rejected the notion Harambe was protecting the child, as many news outlets reported, and noted this was the first animal killing in the zoo's history.

"It's unprecedented — we never had to kill a dangerous animal in the middle of an emergency situation," Maynard told reporters Monday. "The zoo has been here for 143 years, and that's saying a lot. It's a big loss to the Cincinnati zoo. Harambe was one of our most magnificent animals, he's a critically endangered species.

"We're one of the key players in gorilla captive breeding and conversation and so it's a big loss."

Public outcry sparked immediately following Harambe's death, with petitions circulating online to investigate the child's mother for neglect. But people were equally upset, and some confused, by the zoo's decision to kill the endangered animal rather than tranquilizing him with a dart.

However, as Maynard explained Monday, a tranquilizer would have taken minutes to incapacitate the gorilla from inflicting harm. "The child was being dragged around," Maynard told reporters. "His head was banging on concrete. This was not a gentle thing. The child was at risk."

Harambe appeared confused and at times agitated by the screams coming from onlookers Saturday, including a continued shouting, "Mommy loves you!" Maynard said the zoo ultimately used deadly force against Harambe to ensure the livelihood of the boy, noting the gorilla was capable of crushing a coconut with its mere hands.

A tranquilizer likely would not have caused Harambe to immediately pass out, as evident in a recent video of an escaped chimpanzee named Chacha that was tranquilized while climbing telephone poles in Japan. The angered primate leaped toward workers after being shot with a dart, and spent several moments hanging from the cords before falling to the ground.

Read more: Mother of the Child That Fell Into the Cincinnati Zoo's Gorilla Exhibit Speaks Out Online