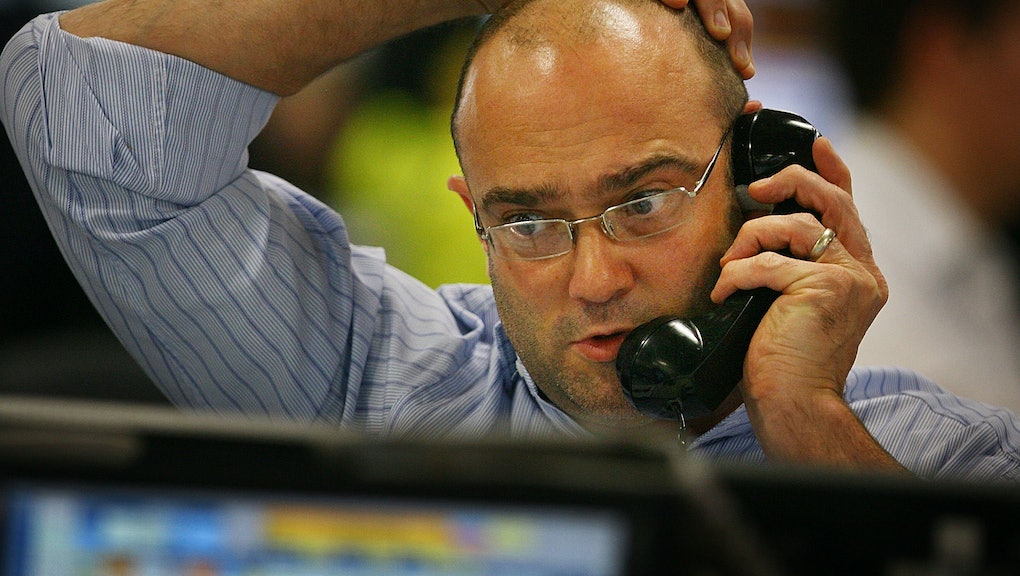 If you've ever spent a day at the beach obsessively checking your work email, you're not alone.

There's a name for your inability to enjoy vacation — or even just a quiet weekend — when there's work to be done. It's called the Zeigarnik Effect, and it's the mortal enemy of relaxation.

The Zeigarnik Effect — as Jennifer Deal, a senior research scientist at the Center for Creative Leadership, explained in the Wall Street Journal — is your brain holding onto an incomplete task.

For example, it's what makes your brain repeat the line "I know when that hotline bling" without moving on to the rest of the song. A repeated song lyric is relatively harmless, though. The Zeigarnik Effect wreaks its real havoc on an incomplete to-do list.

"Because the work of executives, managers and professionals is rarely completely finished, people in those types of roles are ripe for being subject to the Zeigarnik Effect," Deal wrote. "Worse, those with a high need for achievement appear to be even more subject to its effects."

Before the ubiquity of internet-connected phones, disconnecting was easier; you couldn't do more work than what was in your briefcase. But now there's access to work email, office calendars, office chat channels and social media at nearly all times. As long as you have a charged phone, your beachside resort is just a warmer cubicle.

But we can fight the effect. According to Deal, if your brain is immersed in something that takes all of your concentration — coaching a football team, playing tennis — then your brain can't handle anything that isn't immediate.

As Deal wrote, you could throw the phone in a safe, or just put it somewhere that would be a pain in the ass to access, to cut down some of that mental itch that makes the average Americans check their phone around 46 times a day.

If you're the kind of person who can't stop thinking about a task until it's complete, you're getting Zeigarnik'd. So do as Deal says: Turn off your phone, or become absorbed in something that takes all of your energy. Your friends, family and anyone else subjected to your work etiquette will thank you for it.