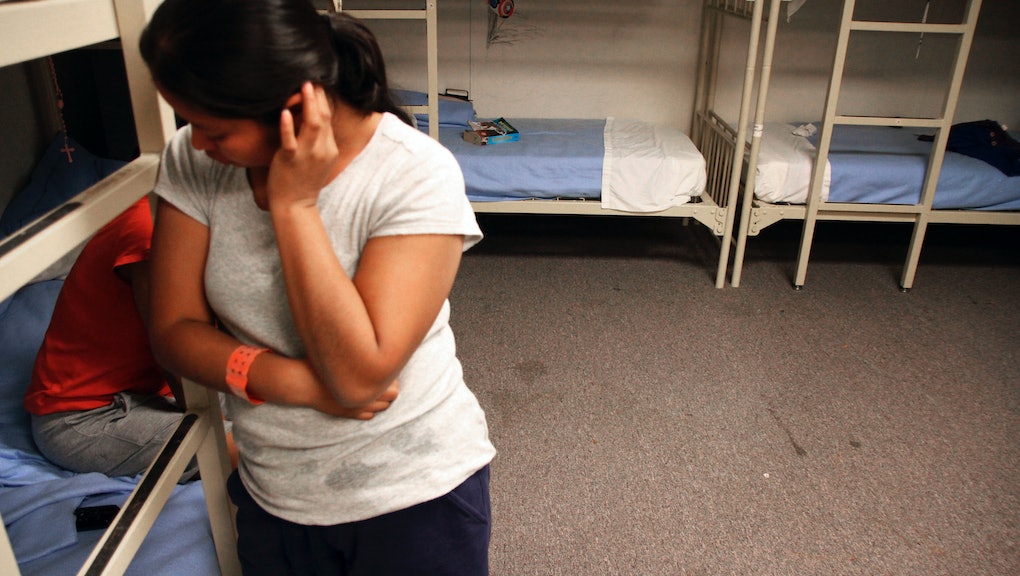 This 2016 US Supreme Court Decision Could Change Immigration Policy Forever

Will President Barack Obama be remembered as a "deporter in chief," or as a president who took a bold stand on behalf of undocumented immigrants? Much of the answer to that question hinges on a single Supreme Court ruling expected to arrive this month.

For most of his tenure, Obama has deported undocumented immigrants at a ferocious pace. Fusion reports that since taking office in 2009, he's overseen the deportation of over 2.5 million people — a 23% increase since George W. Bush's presidency, and a statistic that makes him the most aggressive deporter in U.S. history.

But there are two major exceptions to Obama's proclivity for expelling undocumented immigrants from the United States. The first was an executive action that he took in 2012 that established the program Deferred Action for Childhood Arrivals, or DACA, which offered temporary protection to over 1 million young people who entered the country illegally as children.

The second exception came in the fall of 2014, when Obama announced new programs — also authorized through executive action — that expanded DACA and inaugurated the program Deferred Action for Parents of Americans and Lawful Permanent Residents, or DAPA. DAPA offers deportation relief to undocumented immigrants who are parents of U.S. citizens or permanent residents and allows them to apply for work permits, assuming they meet a few conditions. Collectively, the programs shield over 4 million individuals from deportation.

But Obama's 2014 programs haven't been allowed to go into full effect. Soon after they were announced, Texas and 25 other states sued the Obama administration over the policies, arguing that they represented an abuse of executive authority. The programs were blocked by a federal judge in Texas and a federal divided appeals court upheld his ruling.

Now the Supreme Court is expected to weigh in on the matter — and their ruling will play a key role in shaping Obama's complex legacy on the issue of immigration.

What's the case all about?

There are number of legal principles at play in the case, but the states are suing the Obama administration primarily based on the idea that the White House lacks the authority to unilaterally change immigration enforcement in such a sweeping manner.

As the Council on Foreign Relations explains, the states argue that "while the president does have some discretion in how he enforces the law, including the power to defer deportation on a case-by-case basis, he does not have broad powers to grant legal status and work authorization to whole categories of people." The states suing the White House say the programs would require them to spend millions of dollars on public benefits provided to residents with legal status, and that Congress must have a say in the matter.

The Obama administration and its allies believe that the executive branch is well within its rights, and carrying on with a well-established tradition of overseeing immigration enforcement on its own terms. As Richard Lugar, a former Republican senator from Indiana, argued in a New York Times op-ed in April, the executive branch has long been given a great deal of latitude in dealing with enforcement of immigration law, both by Congress and the Supreme Court:

Congress has repeatedly granted the executive branch broad power in enforcing immigration laws. The 2002 law creating the Department of Homeland Security explicitly said the executive should set "national immigration enforcement policies and priorities." The Supreme Court has recognized the leeway Congress gives the executive branch in deportations. In a 2012 majority opinion written by Justice Anthony M. Kennedy and joined by Chief Justice John G. Roberts Jr., the court noted that "a principal feature of the removal system is the broad discretion exercised by immigration officials," including the decision "whether it makes sense to pursue removal at all."

What's the Supreme Court going to do about it?

It's difficult to foresee how the Supreme Court will rule.

During oral arguments in April, the Obama administration faced a very tough line of questioning from the high court's justices. CNN reported at the time that Justices John Roberts and Anthony Kennedy — Republican-appointed justices who joined three liberal justices in the last high-profile immigration case — showed signs of skepticism of the legality of the programs:

Roberts also seemed concerned with the scope of the government's argument defending Obama's moves. "Under your argument, could the President grant deferred removal to every unlawful -- unlawfully present alien in the United States right now?" he asked Solicitor General Donald Verrilli.

Due to the fact that that the court has eight justices — conservative Justice Antonin Scalia died in February, and Senate Republicans have refused to consider Obama's nominee, Merrick Garland — the court could possibly split 4-4. In that case, the lower court's ruling would be upheld, and Obama's programs would be blocked.

But the Supreme Court's ruling wouldn't necessarily be the final word on the programs. Even if the programs are upheld, they could be undone by a future president with tremendous ease — just as executive actions can be undertaken without Congress, they can be dismantled without them too. Should Donald Trump be elected president, there's little doubt that he'd quickly unravel the programs the same way they came into being — with the stroke of a pen.