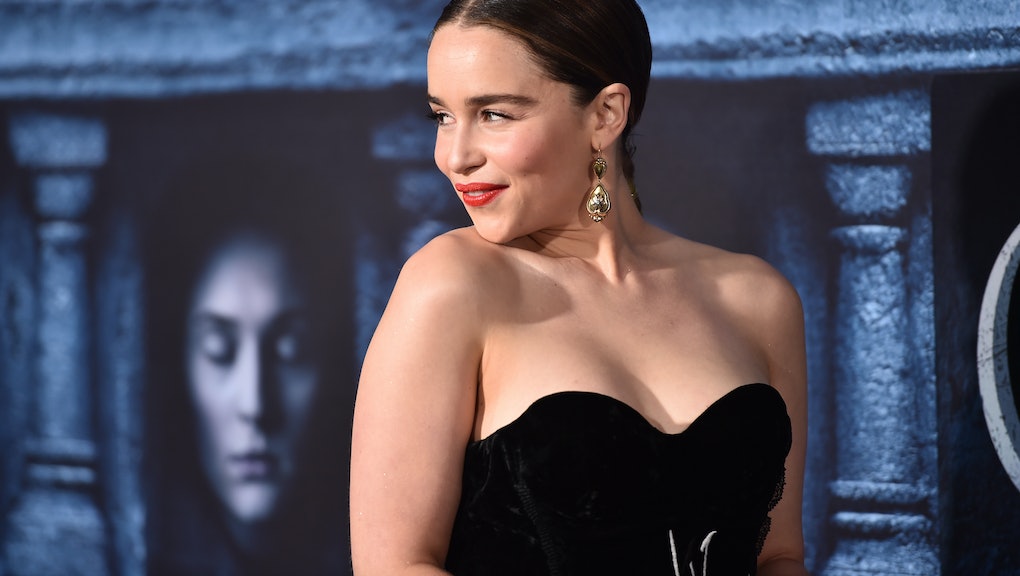 Emilia Clarke Would Like to Play Jane Bond, Please

Gillian Anderson has formidable competition in the form of Khaleesi.

While the X-Files actress is the most recent to toss her hat in the Jane Bond ring, teased fans about playing the female version of the United Kingdom's most famous spy in a May 23 Tumblr Q&A, Game of Thrones actress Emilia Clarke recently announced her interest in the hypothetical role. Game on.

"I have a lot of unrealized dreams," she told the U.K.'s Daily Star. "I would love to play Jane Bond."

While Hollywood hasn't yet moved to reverse the iconic series' gender roles — as Mashable reported, Daniel Craig's predecessor hasn't yet been named, although Tom Hiddleston, Idris Elba and Jamie Bell are under consideration — Clarke doesn't seem an at all unreasonable choice for a female Bond. She is best known for playing the Mother of Dragons, after all, which involves seducing men and occasionally lighting them on fire. She seems more than up to the task.

Plus, she already has her "Bond boy" picked out. "My ultimate leading man would be Leonardo DiCaprio," she told the Star. "No doubt about it."

Read more: Gillian Anderson Teases Rumors She Could Be the Next James Bond