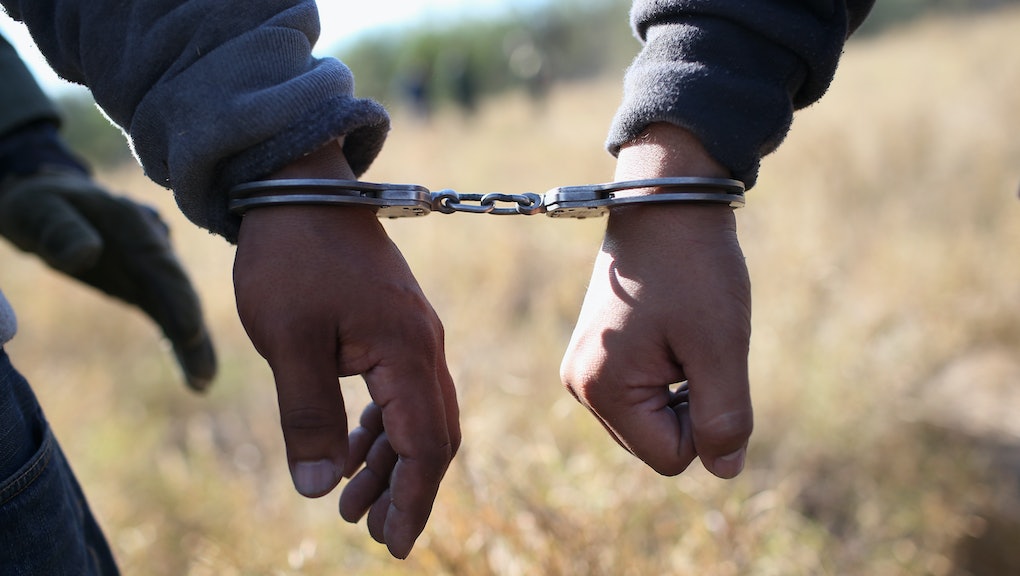 The criminal justice system is rife with internal injustices, both along racial lines and class barriers. But data scientist David Colarusso wanted to know exactly which of these factors — class or race — had more of an impact on the outcome of criminal sentencing.

So Colarusso ran a giant regression analysis on 2.2 million sentencing records from the Virginia Criminal Courts between 2006 and 2010 and found his answer. Looking for correlations between class, race and sentencing, he found that the race of someone in a criminal case had a dramatically stronger correlation with negative outcomes.

Colarusso found that for a black man in Virginia to get the same treatment by the court as his Caucasian peer, he has to earn $90,000 dollars a year. Class was a factor, but not nearly as strong as race.

The millions of records used weren't a dark secret squirreled away on a government server; they were right out in the open. Colarusso first noticed the dataset when it was tweeted out by an open data advocate who obtained the public records and made them downloadable.

This analysis comes in the wake of another thorough examination of sentencing data by ProPublica, which found that the algorithms used to determine sentencing and predict criminality had racial bias and discrimination built in.

Colarusso said in a phone call that his analysis should be further proof that systems, formulas and algorithms aren't magically free of human biases.

Further diagnosis: This first analysis shows the system's outcomes from a bird's-eye view. Colarusso said that analysis this broad is susceptible to caveats like Simpson's paradox, which says that trends at the macro level could be the total opposite when you look at the individual pieces.

For example, the University of California-Berkeley was sued in 1973 for admitting men more often than women. Digging into the data, it turned out that women were applying to majors that were more competitive, and that the college accepted fewer applicants.

For Colarusso, the next step is to go beyond showing evidence of a racist system and actually attempt to diagnose the problem.

"One thing important to recognize is that this doesn't necessarily mean this system has people acting with malice in it," he said over the phone. "So you really need to drill down to see where the disparities are coming from."

By applying the same model at different points in the anatomy of a case — arraignment, plea bargaining, acquittal, etc. — he hopes to find the specific policies and points that disproportionately target minorities.

"It's time we stop pretending race isn't a major driver of disparities in our criminal justice system," Colarusso wrote. "Once you recognize the bias in a system, you have a choice: You can do something to push back, or you can accept the status quo."