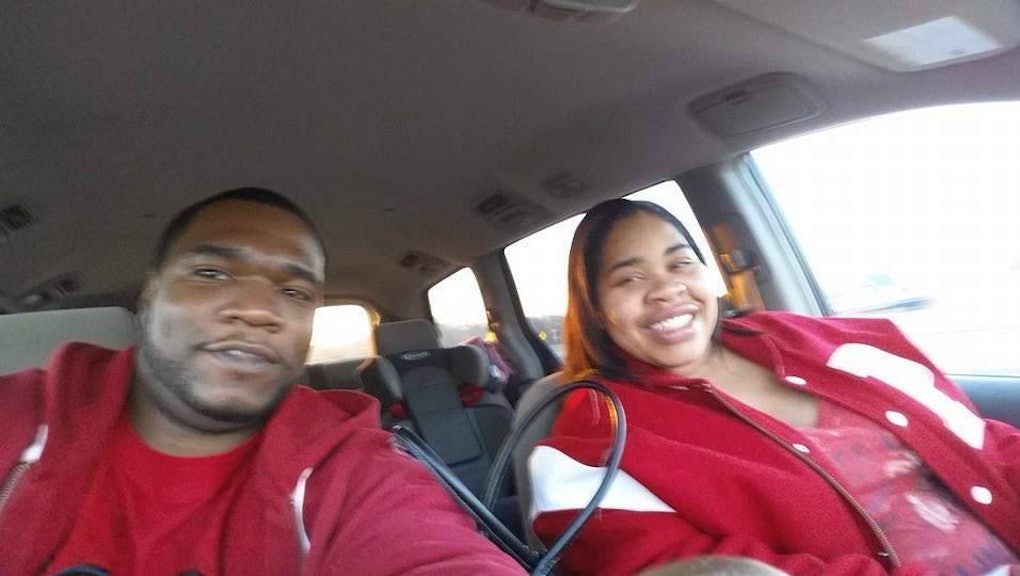 After staff at the Cincinnati Zoo shot and killed a 400-pound Western lowland silverback gorilla named Harambe, Fox News pointed a finger at the "real" culprit: Deonne Dickerson, the father of the 4-year-old boy who snuck into the gorilla's enclosure.

Tuesday morning's Fox & Friends got their information from a widely-criticized Daily Mail report that grasped at racist straws to forge a tenuous connection between Dickerson's alleged history with the criminal justice system and the weekend's proceedings at the Cincinnati Zoo. The Daily Mail reported that Dickerson served a year in prison in 2006 for drug trafficking.

Fox News host Ainsley Earhardt mentioned Dickerson's alleged "long rap sheet" and time in prison prior to talking about protestors outside the Cincinnati Zoo who demand justice for Harambe.

When Fox & Friends brought wildlife expert Grant Kemmerer onto the show, rather than talking about the gorilla, they peppered him with questions about Dickerson's past and his absence at the zoo.

"Some say the parents need to be charged, bringing up the dad's past criminal history who wasn't even there at the zoo at the time," co-host Ainsley Earhardt said to the wildlife expert.

Throughout the segment, the Fox & Friends hosts neglected to mention that the Daily Mail reported that, since Dickerson's alleged 2006 arrest, he "appears to have turned his life around to become the proud father of four."

Co-host Brian Kilmeade opened another interview segment citing the father's alleged "lengthy criminal history" and asking whether someone was to blame or if the event was a tragic accident.

"It's a tragic event," Corwin said. "And it's really hard for us Tuesday morning to kind of tell them what they should have done."

After Saturday's incident, a Change.org petition circulated asking that the parents be held accountable for the gorilla's death. The petition currently has 371,400 signatures.

The one question no one was able to answer is what Dickerson's now decade-old alleged criminal past had to do with his son's tragic encounter — especially considering that he wasn't even there.