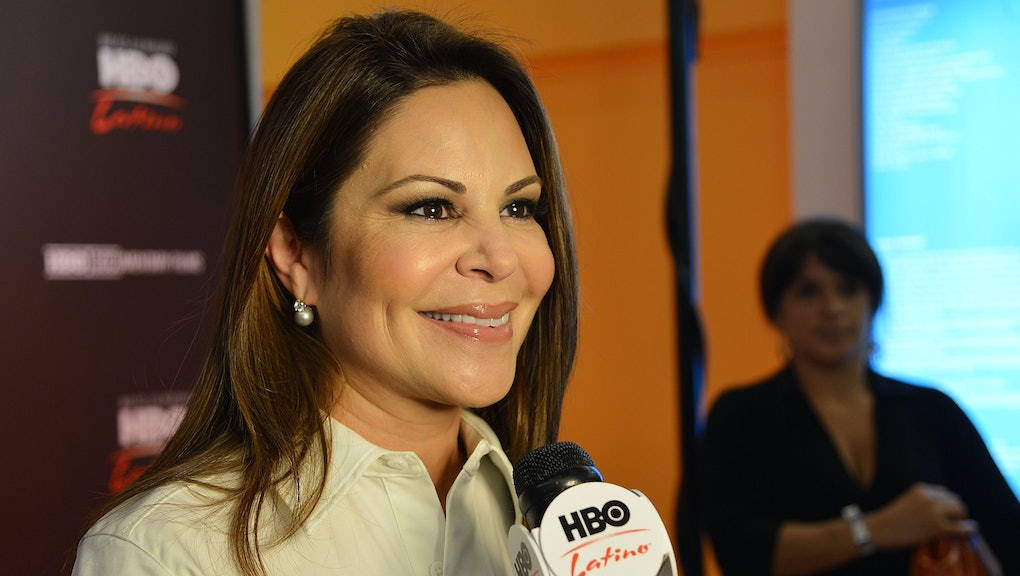 Nely Galán, the former president of entertainment for Spanish-language TV network Telemundo, set the record straight on "illegal immigration" during an appearance on Fox News Monday.

During the segment, Galán discussed some entrepreneurial achievements made by women and Latino immigrants of late before expressing her concerns about Trump's messaging toward both groups.

"That must be a pretty picture, you dropping to your knees," Trump told a female Celebrity Apprentice contestant once, according to a recent New York Times article that documents his horrid treatment of women over the years. Trump also called Mexican immigrants "killers" and "rapists" at a rally where he announced his campaign bid in June.

But after Fox & Friends co-host Brian Kilmeade defended Trump's hostility toward "illegal immigrants, not immigrants," Galán called him out for his use of the term "illegal" — and shut Kilmeade down.

"First of all, we don't even like that word, 'illegal immigrant,'" she said. "It's 'undocumented people.'"

Here's a transcript of the conversation:

BRIAN KILMEADE: But I think his problem is illegal immigrants, not immigrants.

PETE HEGSETH: No, no, no. Isn't that not a fair and important distinction?

GALAN: Well it's not fair, because when you talk about people en masse, right, and you — it's like if you say to me, "I don't like illegal immigrants." Well, a lot if those illegal — I'm one of those people that at one point was —

KILMEADE: What do you call people that come across the border without permission?

Calling someone an illegal immigrant isn't just unfair: Anti-immigrant advocates use the term to dehumanize people crossing the border in hopes of a brighter future.

While entering the U.S. without a documentation is a civil offense and not a criminal one, pundits used the language of criminality to demonize undocumented people and link them to illicit activities — despite that native-born Americans commit more crimes than Latino immigrants by a landslide.

The media is complicit in painting this picture as well. According to Jose Antonio-Vargas at TIME, journalists politicize and editorialize on the immigration issue when they use the term "illegal immigrant" — a serious problem, especially when their role is to maintain fairness and neutrality.

As a result, many news organizations have started using the term "undocumented immigrants" when referring to people crossing the U.S. border without documentation. It's high time Fox News followed suit.

You can watch the full video of Nely Galán setting the record straight here.