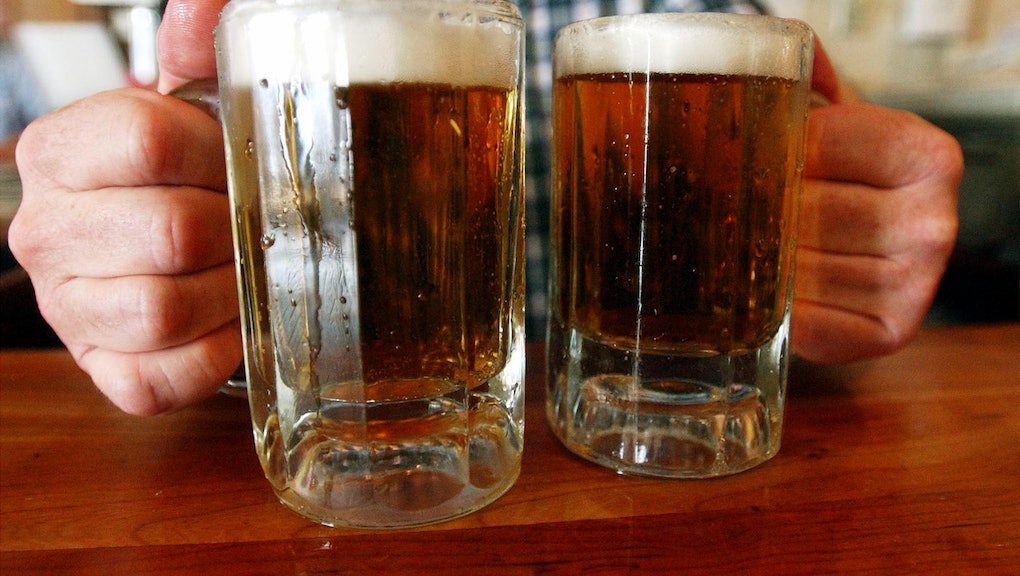 Remember that time the Centers for Disease Control and Prevention advised all women not on birth control to avoid drinking — lest they give fetal alcohol spectrum disorder to the fetuses they didn't know they were carrying and maybe didn't even intend to have?

It turns out you should save some of your sanctimony for daddy, too.

A new study found that male booze hounds can also be responsible for making babies with FASD, regardless of the mother's drinking habits, according to Beta Male.

This basically means that the CDC might want to update its woman-shaming advisory to direct shame toward all drinking adults equally.

"We know the nutritional, hormonal and psychological environment provided by the mother permanently alters organ structure, cellular response and gene expression in her offspring," said Dr. Joanna Kitlinska, the lead author of the vindicating study, in a press release.

"But our study shows the same thing to be true with fathers — his lifestyle, and how old he is, can be reflected in molecules that control gene function. In this way, a father can affect not only his immediate offspring, but future generations as well."

Indeed, Kitlinska said, as many as 75% of kids born with FASD have alcoholic fathers. The study, which came out of the Georgetown University Medical Center and is published in the American Journal of Stem Cells, urges that "future research should address deficiencies in the current literature." Traditionally, work on FASD has focused on the mother, but should consider "the combined effects of both parents" and their lifestyle choices.

Dad's drinking would have to be habitual and heavy to have an impact on his child's genes, but according to Kitlinska, it happens. And since male birth control is currently limited to condom use, a contraceptive on which fewer men are apparently relying these days, the CDC's caution to women should also apply to men who imbibe. By their own logic.

Otherwise, that's a great, big sexist double standard — and we have just two words for that kind of behavior:

Read more: Women Are Almost Drinking as Much as Men Do — But Let's Not Propose a Toast Just Yet