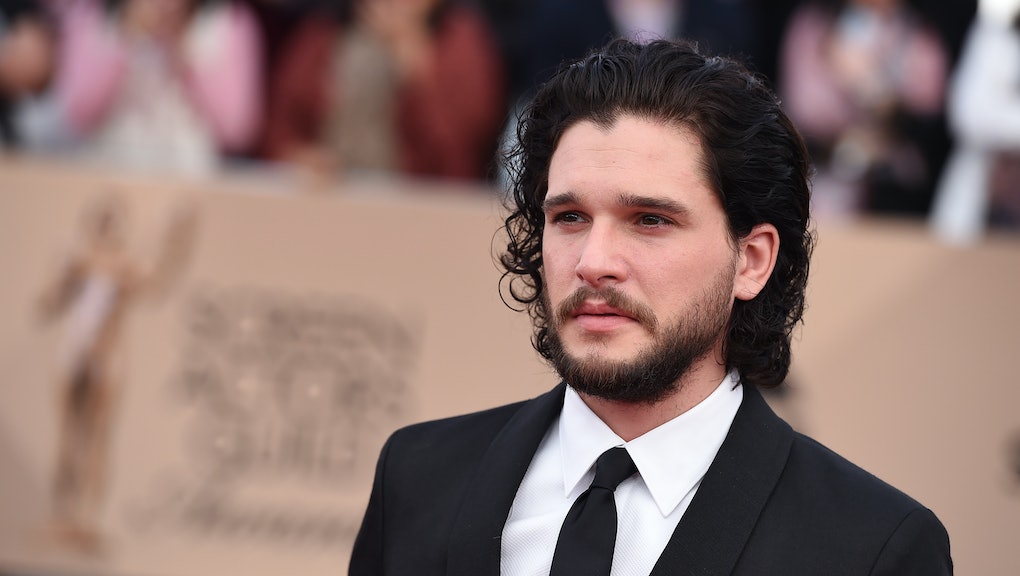 While surrounded by his female colleagues, at least one of whom appears partially or completely nude on practically every episode of Game of Thrones, actor Kit Harington, who plays Jon Snow, had a thought: It is he who is the real victim of sexism in Hollywood.

In an interview with the U.K.'s Sunday Times, Harington said he believes there's a "double standard" when it comes to sexual objectification. "If you said to a girl, 'Do you like being called a babe?' and she said, 'No, not really,' she'd be absolutely right."

He continued, "I like to think of myself as more than a head of hair or a set of looks. It's demeaning." Harington said that while there's no doubt that there's sexism in the industry toward women, men are often targets too. "At some points during photoshoots when I'm asked to strip down, I felt that," he said. "If I felt I was being employed just for my looks, I'd stop acting."

Though people of all genders can be objectified, Harington misses the mark in lumping his experience together with that of women's. The Game of Thrones actor may feel reduced to his washboard abs and boyish good looks, but historically, industry sexism has impacted women disproportionately; subjecting them to BS casting calls, paying them less than their male counterparts and reducing them, and the characters they play, to two-dimensional sex objects.

Henry Cavill, who plays Superman's latest iteration, bemoaned a similar alleged double standard in a different interview with the Sunday Times from March, telling the publication he was tired of women catcalling him. Of course he later walked through Times Square in a Superman shirt completely unnoticed.

Maybe the two can form a support group.

Read more: Emilia Clarke Says It's Time for 'Game of Thrones' to Free the Penis