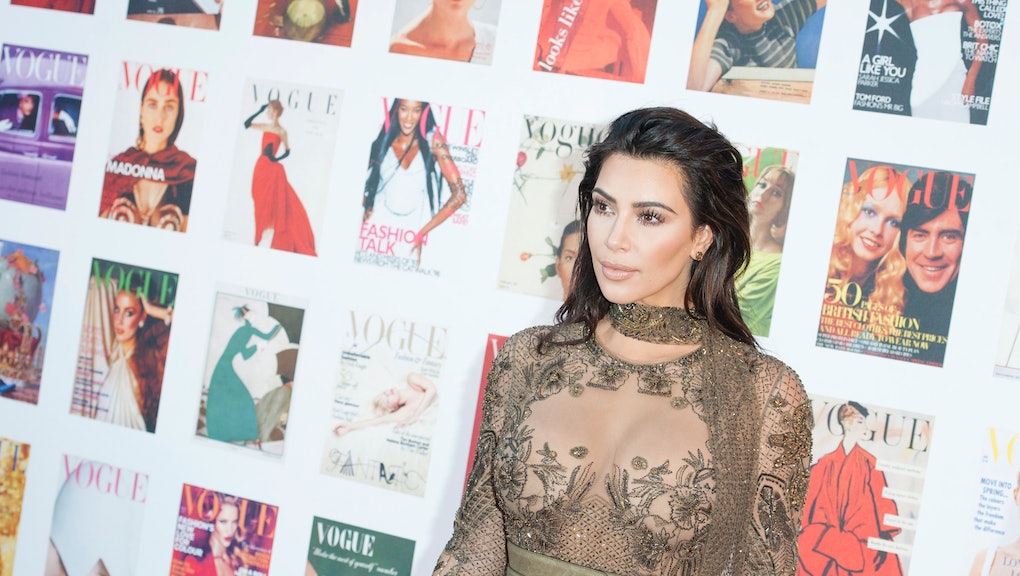 Kim Kardashian West has been tracking her weight loss via Snapchat since giving birth to son Saint West on December 5. And on Tuesday, she triumphantly announced she's 12 pounds away from her 2010 weight — before she'd had any children at all, lest we forget North.

In a May 13 Snapchat post, she attributed trimming down to the Atkins Diet.

Great for Kim. But is it great for ordinary mothers — sans personal trainers, personal chefs, the emoji-based support of millions of fans — who struggle to lose post-pregnancy weight?

The pressure to slim down post-baby in the public sphere is enormous, and those who do so, perpetuate an arguably unhealthy obsession with postpartum weight loss.

For example, in 2009, only six weeks after giving birth, model Heidi Klum walked the runway at the Victoria's Secret fashion show. Models Alessandra Ambrosio, Adriana Lima and Lily Aldridge followed in her footsteps in 2012, all doing the same just a few months after childbirth.

"It is chilling to watch the culture become more and more obsessed with babies, while the evidence of how these babies are created is removed from public view," Katie Gentile, Director of the Gender Studies Program and Professor of Interdisciplinary Studies at John Jay College of Criminal Justice, wrote in the Daily Beast.

"But the second the bumps become bouncing bundles of joy, the pressure is on for the new mom to squeeze back into her skinny jeans," Gentile added. "The post-baby body must banish the bump, or risk ridicule."

It can take up to a year to lose one's baby weight, the National Institute of Health notes. The NIH also advises not losing weight too quickly as it can literally prolong recovery time from giving birth.

Kardashian West is no stranger to the harsh criticism pregnant women and new moms face: She was viciously fat-shamed while pregnant with North in 2013, and recently shut down a troll who suggested she was shedding the post-pregnancy weight by undergoing plastic surgery.

The process is far from a 'one size fits all' model. Numerous variables, such as age, overall health and metabolism, will impact the rate at which a woman can healthily lose weight after childbirth.

So, while we're happy for Kardashian West, it might behoove her to bear this in mind during her very public celebration of post-pregnancy weight loss.