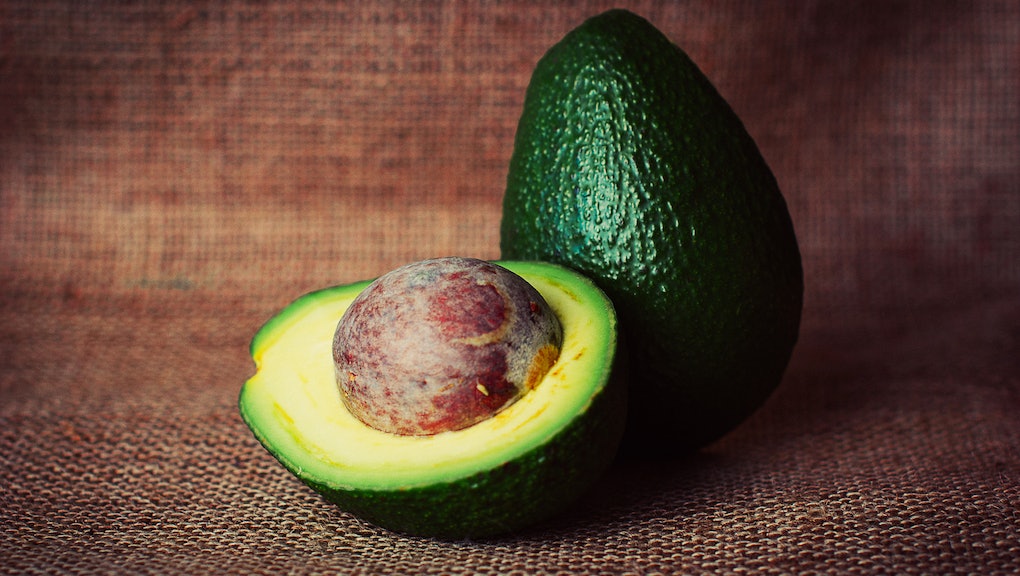 There's a long list of delicious foods pregnant women are told to stop eating for the sake of their baby's health. New research suggests, however, that there's at least one food that expecting mothers can totally go HAM on (or, at least, eat in moderation).

A recent study published in the journal Nutrients revealed that avocados are a healthy addition to pregnant women's diets. While avocados aren't officially included in the Mediterranean diet — one that's often recommended for pregnant women due to its high antioxidant and healthy fat content — the researchers make a case for the green fruit to be added to that mix.

The findings are part of a larger effort to examine the nutritional guidelines for pregnant women and for children under two years of age, since neither group is currently covered in the Food and Drug Administration's dietary guidelines, The Cut reported.

"Avocados are unique among fruits and vegetables in that, by weight, they contain much higher amounts of the key nutrients folate and potassium, which are normally under-consumed in maternal diets," the study authors wrote in their report. "Avocados also contain higher amounts of several non-essential compounds, such as fiber, monounsaturated fats and lipid-soluble antioxidants, which have all been linked to improvements in maternal health, birth outcomes and/or breast milk quality."

Avocado is also rich in vitamin B, a nutrient that supports healthy pregnancies, Healthline reported — which is seriously good news for guacamole-loving mothers-to-be.

Avocados aren't just recommended for those already pregnant. According to the study, the fruit could also be beneficial for those trying to conceive. "Many of the essential nutrients in fruits and vegetables are the same nutrients that are recommended for mothers during the periconceptional and perinatal periods," the authors wrote. Miracle fruit? Maybe.

All of this doesn't mean baby-seekers and those housing almost-newborns should be stuffing their faces with the green stuff. The researchers pose that additional research is necessary to examine the role of avocados in pregnancy. That said, lovers of the fruit should feel no shame in doing what they're doing. Bring on the avocado toast.