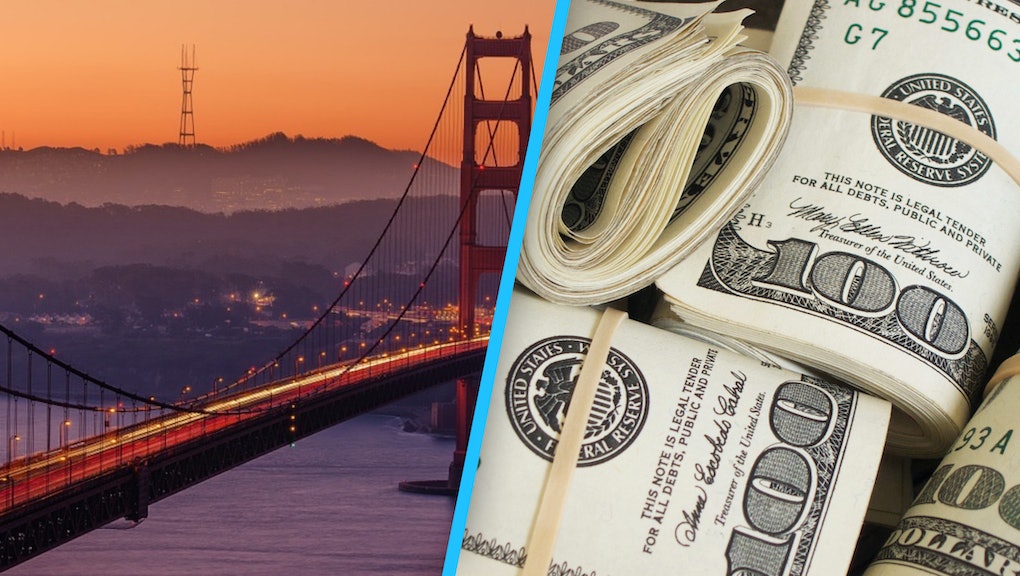 Basic Income in California: 100 Oakland Residents Will Get a Salary Just for Being Alive

Basic income is a simple, futuristic idea: give everyone a salary, no matter if they have a job or not, and people will do meaningful, impactful work and poverty will be abolished.

Sound utopian? It's about to get a test run, right here in the US of A.

Y Combinator, a tech hub for young companies, is launching a pilot program that will grant a basic income to 100 Oakland residents for between six months to a year. Elizabeth Rhodes, the project's newly appointed research director for the project, told Motherboard that the tentative plan is to give participants between $1,000 and $2,000 a month.

The goal is simply to see what will happen — if they'll be happier, better off and more financially stable.

"In our pilot, the income will be unconditional; we're going to give it to participants for the duration of the study, no matter what," Y Combinator wrote on its company blog on Tuesday. "People will be able to volunteer, work, not work, move to another country — anything. We hope basic income promotes freedom, and we want to see how people experience that freedom."

Though basic income is popular among Silicon Valley futurists lately, the idea is hundreds of years old, and has been championed throughout history by people like Bertrand Russell and Martin Luther King Jr., who saw it as an ultimate solution to poverty.

Modern techies have a particular interest in basic income, because they're part of the reason we're going to need it. Robot automation of the American workforce is projected to cause massive unemployment: Most estimates say that about 45% of all jobs are at risk in the next two decades.

"Although basic income seems fiscally challenging today, in a world where technology replaces existing jobs and basic income becomes necessary, technological improvements should generate an abundance of resources and the cost of living should fall dramatically," the blog post by Y Combinator read.

So why do they want to run a small program for just a hundred people? Because no one knows what basic income will do to us.

Revolution, or destruction? While basic income advocates day that a universal salary would bring about a creative renaissance and free the people of the world from wage slavery, some argue that if you take away the profit motive, people will simply stop working.

It's an identical thesis to the age-old argument that welfare makes people lazy. The issue is, there's no respectable research that proves the thesis one way or the other. And YC isn't the only group that wants to test the hypothesis.

GiveDirectly, a charity that gives direct cash transfers to individuals in Kenya and Uganda, is raising $30 million so that it can test an unprecedented 10-year program with 6,000 Kenyans. Finland could pass their own national basic income in an upcoming vote, and another pilot project in Germany similar to YC is going to give 26 people $1,100 every month.

All of these people want to put basic income to the test. Because what people need before advocating for basic income — never mind proposing real legislation — is to know that it works, without disrupting the economy and creating widespread atrophy in the workforce.

With every test, we get closer and closer to that truth.