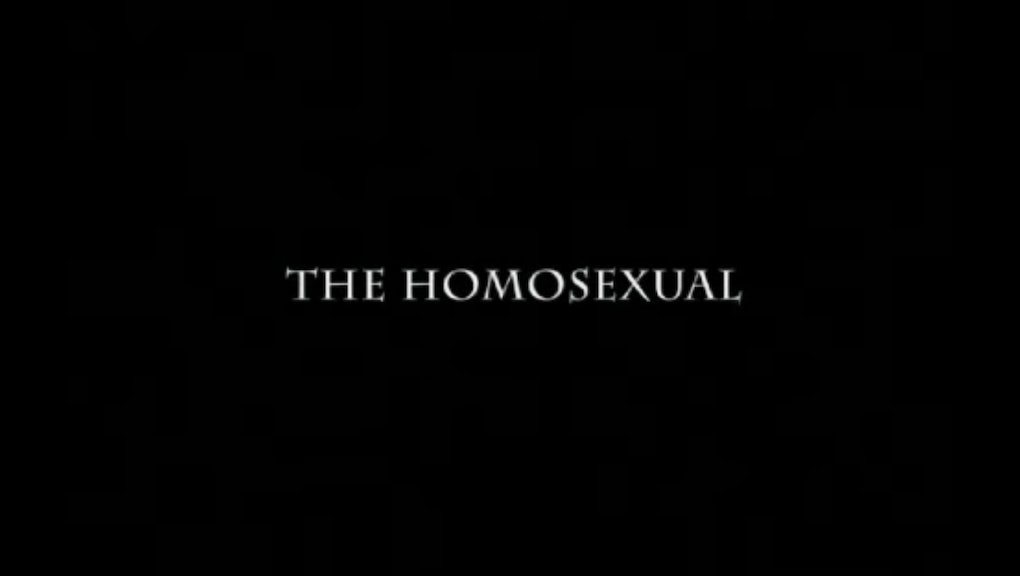 Before bathrooms became scary places to send your kids for fear transgender people might assault them, America's toilets held a different terror: gay men seeking sex with your sons.

In a "health film" from the 1950s uploaded to YouTube Monday, physiologist Dr. Charles Wentworth stokes fear of this phenomenon by describing "a sickness that is not visible, like smallpox, but no less dangerous or contagious, a sickness of the mind."

The three-minute film is a clear example of thinly-veiled bigotry laden with pseudo-science, and it was used to conjure fear of LGBT people among the general public. But whether it's gay men in the 1950s or transgender people today, the message remains the same: LGBT people are a lurking danger to children.

The video describes three scenarios where older men approach younger boys with dubious sexual intentions. In the first, young Jimmy is approached by an older man, Ralph, while he is fishing. It is Ralph who has the "sickness," Dr. Wentworth says.

In the second scenario, a man only identified as a "stranger" watches a group of young men play basketball. When the boys disperse, he descends on the remaining boy and invites him home. In a grim turn, the films suggests the stranger murders the boy.

The film's final scenario depicts an alternate route for young men: Rather than being taken home by a homosexual, young Bobby chooses to avoid one. A gay man lurking in a restroom hears Bobby is planning to walk home via a shortcut under the pier; the man begins to stalk Bobby as menacing music plays in the background.

Bobby gets away, but by then the film's message about homosexuality has been made clear. A homosexual, Dr. Wentworth explains, is a "person who demands an intimate relationship with members of their own sex," suggesting gay men use power dynamics to force younger men into sexual situations.

What's more, the film flips some of the harsh realities of gay life in the 1950s into a negative portrait of gay men. Both then and now, gay men cruised for sex in public places because of the stigma attached to their sexuality. (Gay men couldn't be themselves in their homes, so they had to find other spaces — spaces that didn't cost money — to find intimacy.)

The important distinction is that these men cruised for consensual sex, and often at great bodily risk. A 1978 New York Magazine story told of gay men putting their physical well-being on the line for this intimacy, as homophobes would often seek out cruising spots to attack the people who gathered there.

Sadly, echoes of this film's particular brand of fear-mongering remain with us today. Much of the ongoing controversy around North Carolina's controversial House Bill 2, which mandates people use gender-specific public restrooms that match their gender assigned at birth and not their gender identity, stems from the absurd and disproven narrative that trans people attack young children in bathrooms. Just look at all the anti-trans bigots who have been trolling restrooms at Target stores and screaming about saving children.

But rather than fearing LGBT people in restrooms, more people should take a cue from folks like this dad, or this transgender woman — people who really just want to #peeinpeace. And, yes, some gay men want to #cruiseinpeace, too.