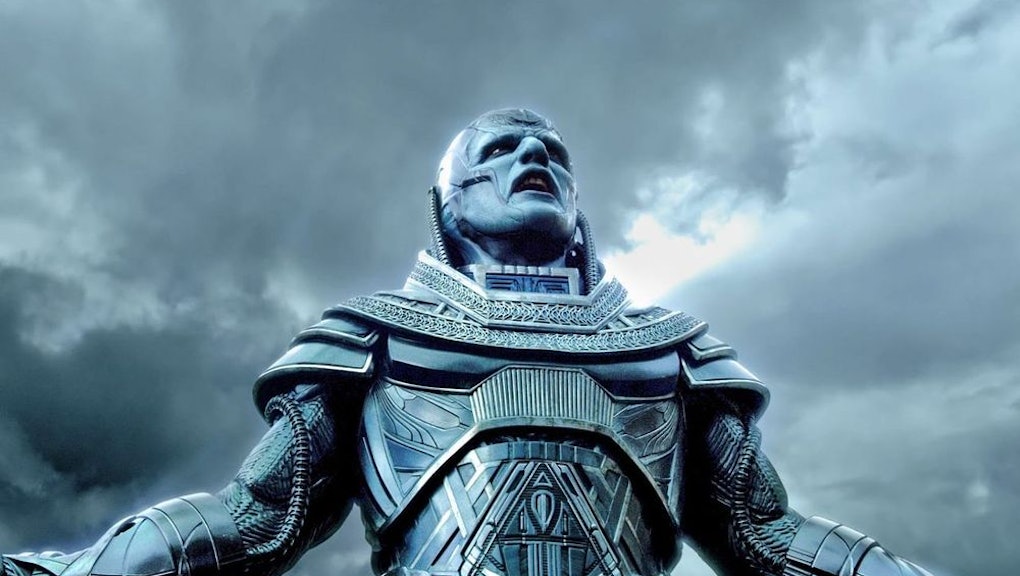 5 Female 'X-Men' Who Would Make for a Better Movie Than 'X-Men: Apocalypse'

It's easy to forget now, but 16 years ago, X-Men ushered in the mold of the modern superhero franchise after the Batman series' fallout. Like its widely praised Marvel cinematic counterpart The Avengers, the first X-Men film in the franchise stood out through its breadth of complex characters. Wolverine struggles to reclaim his identity; Jean Grey is intermittently frightful of her powers; Magneto toes the line between hero and villain. For successful superhero movies, there's always someone the audience is drawn to — a main, compelling protagonist to lead the fray.

But this is where X-Men: Apocalypse fails most.

The latest film in the X-Men franchise can't decide who it wants front and center, sporadically jumping between Professor Xavier (James McAvoy), Magneto (Michael Fassbender) and Mystique (Jennifer Lawrence), and this lack of cohesion makes it hard to put any emotional weight into the world-ending plotline of the titular Apocalypse (Oscar Isaac). The series has proven it can boast a powerful story with a large cast with X-Men, X-Men 2 and X-Men: Days of Future Past, but it's always been led from the perspective of Wolverine (Hugh Jackman). Therein lies the problem: The franchise is consistently dependent on Wolverine to guide compelling narratives, it's no surprise that the character has so many spin-off films.

Jackman will be hanging up the Adamantium claws shortly, and the franchise will in turn need to rely on new heroes for future films. So next, it should turn to where it's yet to really go so far: its female protagonists. X-Men has no shortage of female heroes, and even potential villains, to choose from — and giving them the spotlight could prove exciting and fruitful. From a business perspective alone, considering the gender gap among comic book readers is continuing to narrow and female-driven films are financially successful ventures, it's the logical choice.

Here are five female characters the franchise should pursue next.

Storm (Alexandra Shipp) is the first to encounter Apocalypse in the film, and in turn, becomes the first of his four followers he imbues with added powers. But her character largely plays a henchman role, with very little exposition aside from the fact that she's a scavenger in Egypt, and she views Mystique as an idol.

Clearly, it's a disservice. Storm is one of the most well-known X-Men characters, and her comic book iteration features some of the most unique storylines, including a noteworthy romantic relationship with Black Panther. Shipp would like to see that relationship play out on screen, but whether or not that comes to fruition, Storm's the most iconic and recognizable female member of the X-Men. That alone makes her ideal for a future lead role.

A young Jean Grey (Sophie Turner) is introduced in X-Men: Apocalypse as one of several students at Professor Xavier's school, and the film harps on her ability — or rather, inability — to control her telekinetic powers. Unfortunately, Grey is mostly kept on the sidelines until the final act, though she is instrumental in defeating Apocalypse.

It's also in that final act that we're given very heavy hints that the franchise could reprise the Dark Phoenix saga, as Grey is emblazoned in the shape of a phoenix as Apocalypse is incinerated. For her part, Turner said she'd like to do it, and screenwriter Simon Kinberg has echoed similar sentiments. With how poorly the series executed the first Dark Phoenix entry in X-Men: The Last Stand — and the significance of the storyline in the comics — it's worth another shot.

Like Storm, Psylocke (Olivia Munn) is reduced to being one of Apocalypse's lackeys, and her motivations are even less fleshed out. She essentially trades in one boss in the mutant black marketeer Caliban (Tómas Lemarquis) for another, and flees the final fight sequence angrily after Apocalypse is killed — hinting that she'll still play a villainous role in the future.

It's evident that director Bryan Singer was unsure of what to do with the highly praised character, leaving her with limited dialogue and personality, despite Munn's talents at his disposal. Moreover, Munn herself knew more about Psylocke, as a self-professed fan of the comic book character, having to tell the production team the costume should be purple, not black, to stay true to the source material.

Munn's also expressed interest in reprising the role for an X-Force spin-off, alongside the likes of the foul-mouthed Deadpool (Ryan Reynolds). Given her comedic background at The Daily Show, coupled with the financial success of Deadpool, it would be the ideal and logical on-screen follow-up for the character.

Rogue (Anna Paquin)'s role in X-Men has steadily declined since the first movie, and the character doesn't feature at all in Apocalypse. Some would argue her role in the '80s-set film would be impossible, given that she was a teenager in the first X-Men. However, the original timeline has been reset thanks to the events of Days of Future Past, per Singer, so it's not impossible.

Paquin said she is keen on assuming the role again, but this time, putting the character more in line with what we've seen in the comics. Rather than playing a shy, reserved teen version of Rogue, she tweeted last year that she wants to be a "badass Rogue," including the ability to fly. That's the kind of Rogue we'd like to see, too.

With what she was provided, Jubilee (Lana Condor) might as well have been dropped from Apocalypse. She's the only X-Men member with dialogue at Xavier's school that doesn't get an opportunity to show off her powers; she's consigned to going the mall with her friends and critiquing Return of the Jedi.

Ultimately, Jubilee is not just a character with interesting powers — though shooting energy out of your hands is quite unique. As Condor told Paper Magazine, she's particularly important for Asian-American superhero fans to identify with.

"Jubilee gets to represent the Asian outsiders who haven't really had the easiest time fitting into society," she told Paper. "And that's cool. A lot of my followers are Asian or Hispanic. People are excited: 'A real Asian is in the film?' It's funny but it's kind of true."

Singer's decision to cut the majority of her screen time and shy away from her powers undermines this, in favor of white characters we've seen many times before. Jubilee and the other female heroes of X-Men deserve their time in the spotlight. Thankfully, Jackman's departure might force the franchise's hand.