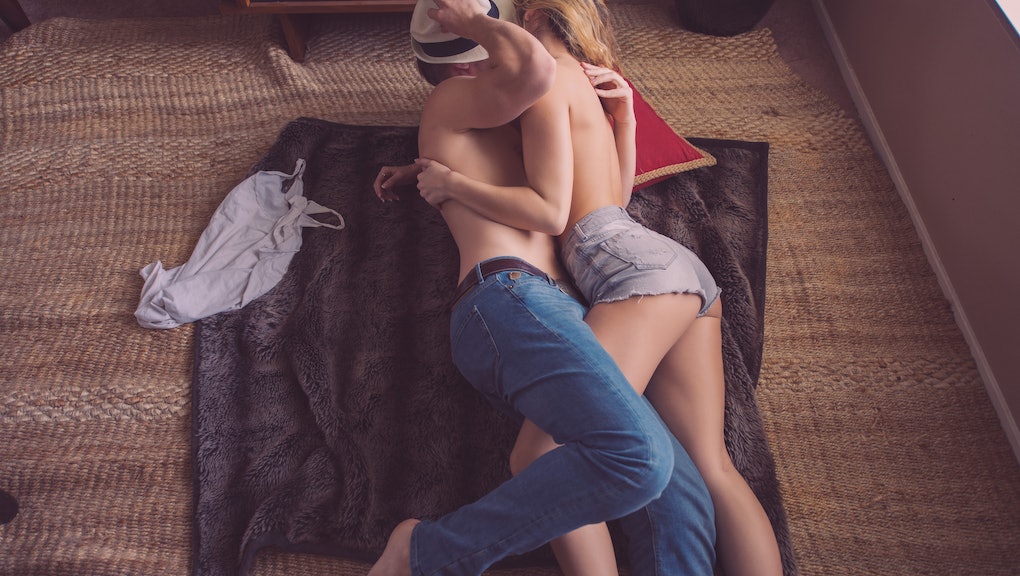 Breaking: Women Are Super Into Having Sex

In a groundbreaking study released last month, researchers published a truly remarkable finding: Straight women want to have sex. Apparently, this is news to their boyfriends and husbands, who evidently don't believe they have much sexual desire at all.

Men in long-term, heterosexual relationships generally tend to underestimate their partners' interest in sex, according to psychologists at the University of Toronto and University of Western Ontario. In findings published in the Journal of Personality and Social Psychology, researchers discovered that men were more likely than women to misperceive when their partners wanted to be physically intimate, which could be an expression of men's fears of sexual rejection.

The study looked at the dynamics between 229 heterosexual couples between the ages of 18 and 68, who had been together for an average of six years. Unfortunately, the sample size for same-sex couples was fairly negligible, to the point that it wasn't statistically significant.

The average couple in the study had sex once or twice a week, which is in keeping with earlier findings about the frequency of sex among married couples. This study, however, didn't focus so much on how often couples were actually having sex, but how often each partner wanted to — something men consistently lowballed.

While women could typically tell when their partners were interested in sex, men had a harder time picking up on their partners' cues when they wanted to get laid. There could be myriad reasons for the discrepancy, most of which have to do with social norms that treat female sexuality as taboo: Women might not be as comfortable initiating sex or stating what they want outright, which can lead to misunderstandings and missed signals.

Yet men's propensity to inaccurately gauge their partners' desire isn't the end of the world. As Amy Muise, a postdoctoral fellow at the University of Toronto and one of the study authors, explained to the Wall Street Journal, women actually felt best about their relationships on days when their partners misjudged their interest, which could be the result of men working harder at seduction in those moments.

"It is better for the relationship for him to under-perceive, because it avoids complacency," Muise said.

"It is better for the relationship for him to under-perceive, because it avoids complacency."

Still, if men and women want sex equally, then why the hell is there still so much misunderstanding between partners?

The researchers concluded men's comparative obliviousness is likely not entirely the result of miscommunication on the women's part, or men's perpetual misunderstanding. Rather, they found it was due to a generalized male fear of rejection. Being turned down by their girlfriends or wives once or twice led men to believe their partners were generally not as interested in sex as they were — even though it was more likely that they just weren't interested at that specific moment. We already know this is incorrect, as previous research has indicated that women are not only interested in sex, but are just as horny as men.

Ultimately, that's what is so shocking about the findings — not that women want sex just as much as men do, but that men still believe otherwise, even in this relatively sexually progressive era. This misunderstanding reflects persisting misconceptions about female desire, which clearly affect the way heterosexual couples navigate their sex lives together. When women's sexuality is framed either as less acceptable or less voracious than men's, it creates a dynamic where women not only lack the tools to describe what they want, but often the knowledge of what they want in the first place.

The key to helping everyone fulfill their desires, then, is better communication, according to the study authors. What a shocking surprise.