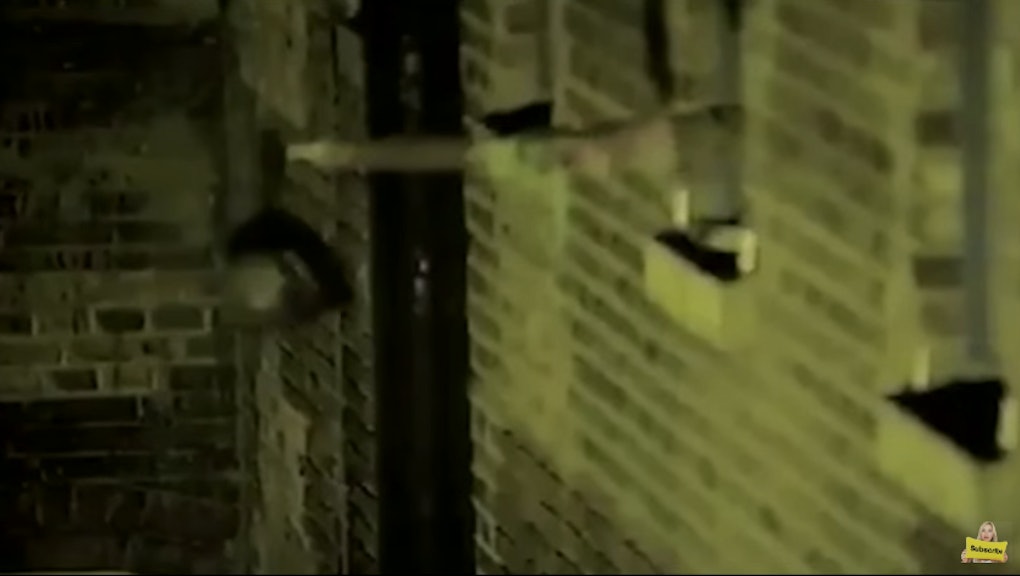 You can stuff a dead bird with drugs and hit it over a prison wall with a tennis racket. Or you can just fly contraband into a prisoner's window with a drone.

Both of these are happening at prisons in England and Wales, according to the BBC, which caught footage of a drone delivering drugs and mobile phones to prisoners in April.

A Wandsworth inmate, referred to as "S" for anonymity, said that Amazon "don't need to do a pilot" — referring to the online retailer's future drone delivery service — because it's been done at the prison. "It happens nightly," S said, the Sydney Morning Herald reported.

S said that drones are flown through holes in the prison netting and then pulled in by prisoners' windows with a broom handle, according to the Sydney Morning Herald. After a net blew down in a storm and wasn't immediately replaced, "It was open season," S said, Drones were "stacking up like they were landing at Heathrow."

In the exclusive footage obtained by BBC, you can see a drone outside of a prisoner's window at Wandsworth — the largest prison in the U.K., which can currently hold 1,877 prisoners. The prisoner is seen holding a stick outside the window until the bag of goods flies within its reach. It's then pulled inside.

"It's 'up a bit, left a bit," then they pull it in with a broom handle," said S, the Sydney Morning Herald reported. On his side of the prison, S said, this type of thing happened a few times each night.

This aligns with reports from the BBC, which state that the number of banned items smuggled into prisons in England and Wales "has more than doubled in the last two years." These items are primarily drugs, mobile phones and weapons.

When prisoners aren't smuggling in goods with drones, they are hiding phones and drugs in juice cartons, tennis balls and shampoo bottles and throwing them over the wall, as well as putting drugs into dead birds and then hitting them over with tennis racquets, BBC reported.

"They get thrown over the wall," an anonymous former prisoner told the BBC. "If you go to any prison, walk the circumference of the prison, I guarantee you, you will see things hanging in the wires, there will be a parcel of phones hanging in the razor wire."

Executive governor at HMP Wandsworth Ian Bickers recently met with Chief Superintendent of the Wandsworth Borough Police on how to deal with drones and staff corruption. "There's things we can do together," Bickers tweeted. When asked if prisons will implement no-fly zones over the estates or use air traffic control services and/or the Ministry of Defense to help with enforcement, Bickers tweeted "it's a national problem requiring a joined up solution."

We reached out to Wandsworth Prison and will update with any comment.