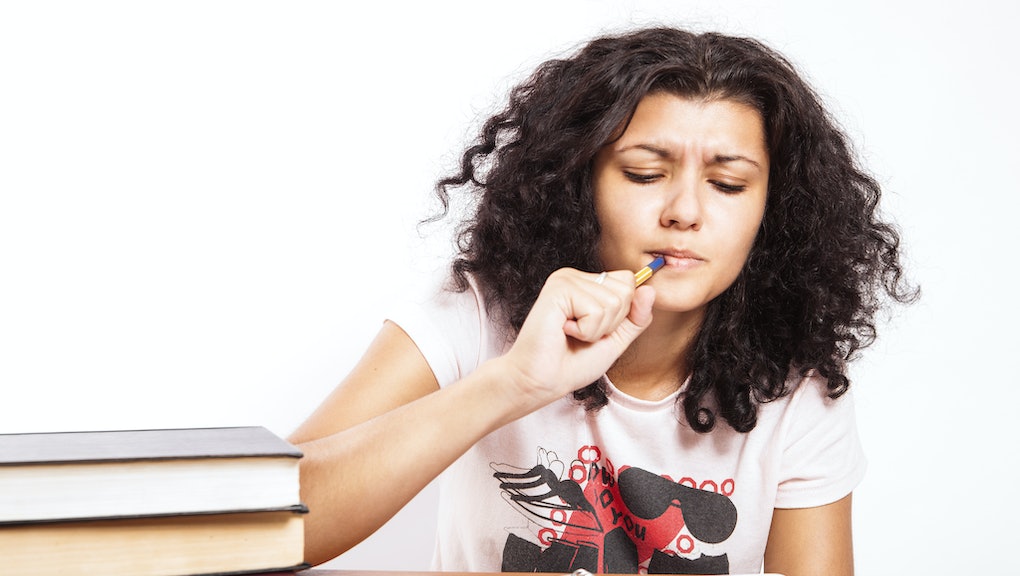 Burns Middle School in Mobile, Alabama, has placed a teacher on administrative leave after she allegedly gave her eighth-grade language arts students a test that contained racist questions.

The exam featured word problems about drug deals, guns and prostitution, according to local television station WALA. The characters in the problems had stereotypically ethnic names, like Tyrone, Ramón, Dwayne, Pedro, Raul.

"I couldn't believe it," Erica Hall, a parent at the school, told WALA. Some of the kids "took it as a joke, and she told them that it wasn't it a joke, and they had to complete it, and turn it in."

The questions on the test were incredibly offensive:

Question 1 asks how many drive-by shootings Ramón can attempt before having to reload.

Question 3 asks how many "hoes" Dwayne has to pimp to support his "$800 a month crack habit," while question 6 asks how long it will take Pedro's wife to spend the $10,000 he received for committing a murder while he spends six years in jail for the crime.

Parents at the school told WALA they were not thrilled with the racist turn in their children's education.

"I'm shocked. I don't think it's appropriate at all," one parent, Kellie Lee, told the network.

After an internal investigation, Burns Middle School put the teacher on administrative leave, but one question still remained:

Where did this test originate?

Internet rumor-buster Snopes reports this particular math test has been circulating since at least since 1993, with some reports saying versions have existed as far back as the 1980s. What's more, punishments stemming from the exam have left a litany of teachers and professionals in their wake.

Educators in New Mexico, Canada and even a police officer in Ontario have faced professional repercussions for administering the test or sharing it with co-workers, according to the report.

There's enough racism in the American education system — like black students getting suspended for taking free milk cartons or allegedly smelling like weed, for instance — without having to put it in a test.