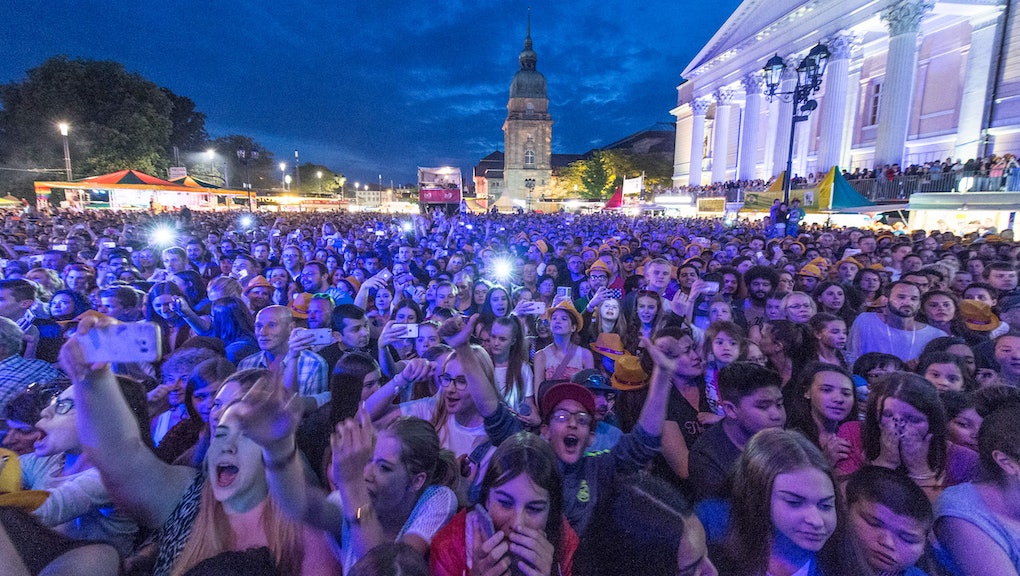 At least 26 women have come forward with allegations they were sexually assaulted at Schlossgrabenfest, a 400,000-attendee music festival near Darmstadt, Germany, which ran from Thursday to Sunday, CNN reported.

Authorities arrested three Pakistani men in connection with the assaults, but told CNN as many as 10 suspects are sought in the crimes.

According to the Local, in 2015 only one sexual crime was reported at the festival and involved exhibitionism. "Up until this year we have had no cases of sexual assault where men surround women, like we have this year," a Darmstadt police representative told the paper.

A spur of recent mass sexual assaults in Germany has resulted in a backlash against some of the more than 1.1 million foreign nationals residing in the country after authorities tied the crimes to immigrant men.

On New Year's Eve, a large group of about 1,000 men were reported responsible for a rash of sexual assaults in the city of Cologne. Authorities later concluded the perpetrators were almost exclusively foreign men largely of Moroccan and Algerian origin, according to Der Spiegel, with most of the suspects being either undocumented immigrants or recent asylum seekers.

In January, an anti-Islam protest in Cologne turned violent, with authorities shooting water cannons at a group of 1,700 people who fought back with firecrackers and bottles.

According to the Local, there have been only a handful of arrests in the Cologne incident and no successful prosecutions.

However, a group of Syrian refugees made headlines during the New Year's Eve incident by rescuing and forming a circle around a U.S. student being assaulted by several men.