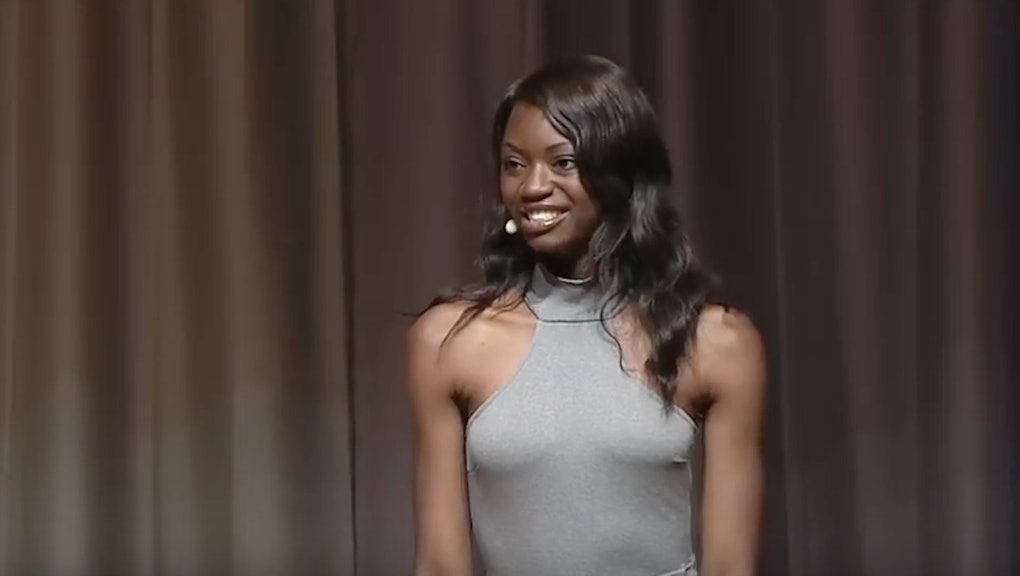 This Brilliant TED Talk Exposes the Damaging Effects of Colorism

Stanford Business School graduate student Chika Okoro came across casting calls for the female actresses for Straight Outta Compton and saw they were ranked into four categories. The most desirable A-girls were described as Beyonce-like, while the last D-girls were "African-American, poor, not in good shape must have a darker skin tone."

What Okoro had just come across was colorism, or "the discrimination of those with a darker skin tone, typically amongst individuals within the same racial or ethnic group," as she said in her TEDxStanford talk. It's systematic to and perpetuated by the media, and it sets damaging and unattainable beauty standards to younger generations.

Okoro called colorism "just as sinister and subtle as racism."

Colorism is seen in photoshopped magazine covers, beauty products and movies, where there's a lack of darker-skinned actors. When trying to join an elite club, fraternity or sorority, people often have to pass tests that are dripping in colorism. The pencil test is when a pencil can pass through soft, silky hair. The brown paper bag test is when someone's skin tone is lighter than a standard brown paper bag.

When she was younger, Okoro would always hear, "You're so pretty for a dark-skinned girl."

The roots of colorism dates back to the days of American slavery and slave masters who would give preferential treatment to children of mixed race. That racial hierarchy continues to this day.

It also isn't just in the United States: In Asia, skin-lightening products have created a multi-billion dollar industry, proving that lighter skin is considered better when it comes to romantic and career pursuits.

Even Okoro wondered about her own intentions when it came to beauty products made to mimic Anglo features, such as her extensions. But, as beauty standards are constructed, they can be deconstructed as well — and that's up to those in the media and consumers of the media.

"We don't have to passively accept what society tells us is beautiful we can question it and we can challenge the status quo because when we do we get one step closer to broadening the standard of beauty," she said.

Read more: There's a Big Issue Missing From How We Talk About Race — One New Study Proves It