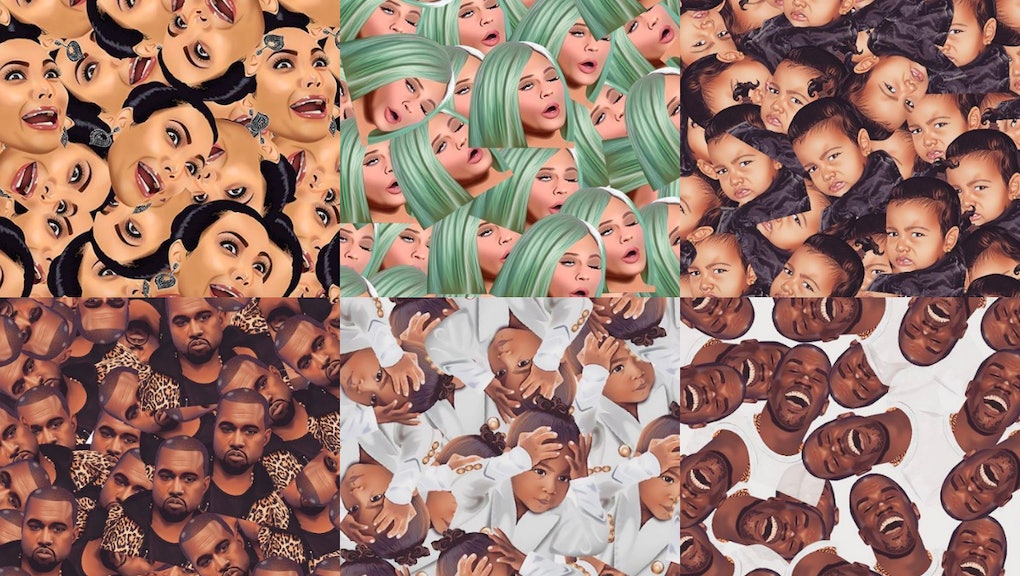 Ever since her Kimoji app debuted last year, Kim Kardashian West has proved that she has quite the imagination when it comes to bringing new emojis to the market.

The app has already had a profound effect on the art of sexting, but Wednesday's new update seems to be centered around a different theme: Family. Cute! Less interesting than a cum-covered peach or a close-up of Kim's boobs, yes, but cute!

Various members of the Kardashian tribe Instagrammed their faves ahead of the update's Wednesday release. Given the familial theme of the emojis, below are just a small handful of suggested usages with your family members.

1. When your dad chimes in with a dad joke so corny that it's almost frightening:

2. When your mom asks when you're finally gonna make her a grandmother:

3.  When your brother shares a funny little meme:

4. When your sister sends a Snap of her popping a zit:

5. When your dad sends a photo of himself fishing in Bermuda shorts:

We're not quite sure how to explain this one, to be honest, but Khloé keeps saying it on Snapchat. We're thinking it's a combination of the words "okay," "sure," but stay tuned for further research.

All this family content doesn't mean Kim hasn't squeezed in a v. empowering slutmoji or two, though! There are also some lovely new GIFs of her twerking in a thong, which you should only send in the family group text if your mom is a cool mom and not a regular mom: