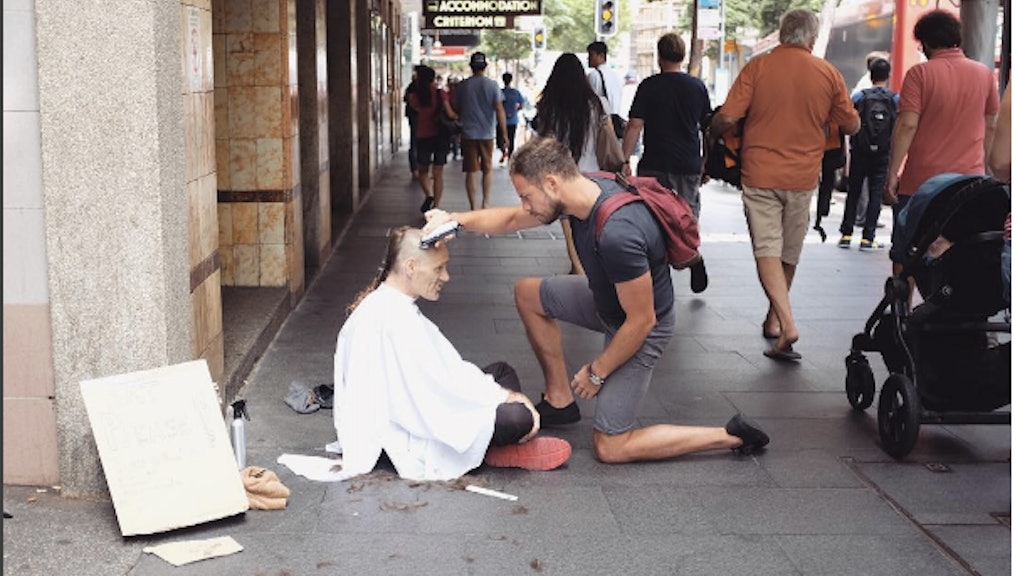 Good Samaritans in London have some steep competition in Josh Coombes. According to a profile from Mashable, since the end of last year, Coombes — along with his friend Matt Spracklen, a photographer — have been giving haircuts to homeless people across the city.

While Coombes gives out the haircuts, Spracklen captures them in action and posts them to Instagram, coupled with the hashtag #DoSomethingForNothing.

The duo coined the term with the help of Dave Burt, CEO of digital media agency Be Social Global, which runs its own Instagram account highlighting their feats, along with others who aspire to do something, for nothing. Additionally, they plan to hold an event July 9 to launch the movement worldwide, with resonant message: "If everyone, in every city, did one thing for nothing, we could change the world."

Certainly, Coombes' free haircuts to the homeless people of London is an exemplary notion of this. You can check out highlights from Coombes and Spracklen's project below:

Read more: This Photo of a Woman Posing While Ignoring a Homeless Man Is Going Viral