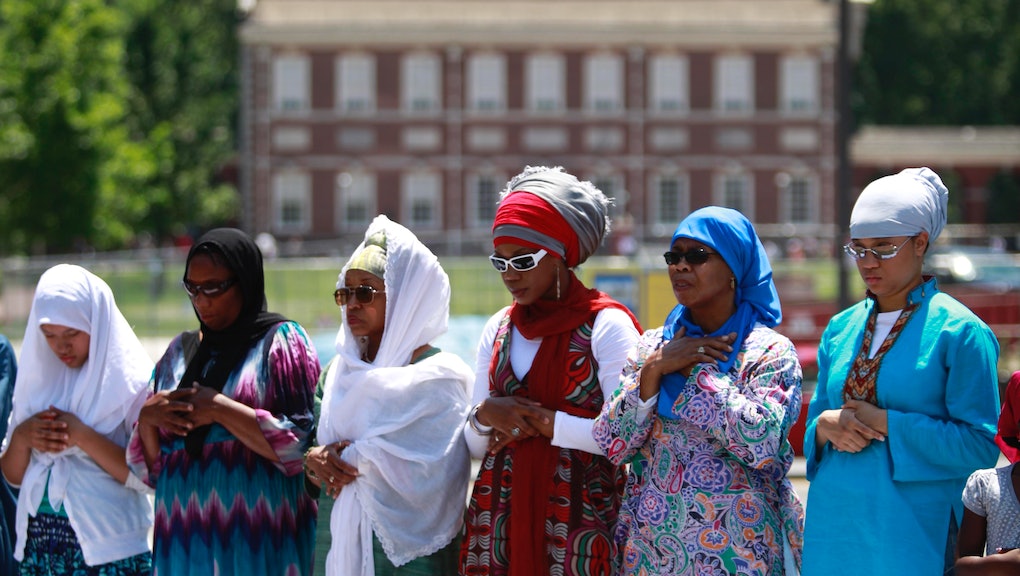 Philadelphia Schools Just Added 2 Muslim Holidays To Their Calendar, as All Cities Should

Two Muslim holidays — Eid al-Fitr and Eid al-Adha — will now be added to the calendar for over 200 schools operated by the Philadelphia School District, making it the second major city after New York City to do so.

Eid al-Fitr marks the end of Ramadan, a monthlong fast that commemorates the first revelation of the Qu'ran to the Prophet Muhammad; Ramadan falls on June 6 this year. Eid al-Adha commemorates both Abraham's sacrifice for God and the end of the hajj pilgrimage; it begins on the evening of September 12 and ends the evening after. Since Muslims follow the lunar calendar, the dates of these holidays change each year.

"Philadelphia's history is based on being a place where religious freedom is part of its founding ethos," Philadelphia Mayor Jim Kenney said at a news conference in City Hall Tuesday. "Our city was built on the idea that while we may be different in nationality and ethnicity, the city welcomes all to worship and practice the faiths of our culture or our choosing."

While there's great significance in the message of religious tolerance and acceptance, the timing of the announcement — right before Ramadan begins — makes it all the more poignant. Philadelphia is home to approximately 200,000 Muslim residents.

In an announcement on Tuesday, Philadelphia Mayor Jim Kenney said he hopes to build on the historic milestone by further adding the two Muslim holidays to the municipal calendar, according to the Philadelphia Inquirer.

Wardah Khalid, an analyst in Middle Eastern Policy and Islam in America, took to twitter to applaud the decision to adopt the Muslim holidays into the calendars for schools in the City of Brother Love:

For many American Muslims, celebrating Eid al-Fitr and Eid al-Adha isn't always an option, as the holidays aren't usually recognized in schools or the workplace.

American Muslims must choose between celebrating a religious holiday with their families or risking the consequences of missing class or work. This isn't usually the case for students of the Jewish, Catholic and Christian faith. In New Haven Connecticut, schools are shut down to commemorate the Jewish holidays of Yom Kippur and Rosh Hashanah, but the district does not recognize Muslim holidays. Across the country, students receive winter break for Christmas and spring break for Easter and Passover.

By including the two Muslim holidays into school calendars, districts promote acceptance and celebrate religious diversity.

While Muslims only make up about 1% of the American population, they account for a significant percentage of the population in cities like Minneapolis, Los Angeles, New York City, Chicago, Detroit and Washington, D.C. In Dearborn, a suburban town within the Detroit metropolitan area, Muslims make up 30% of the population. So while closing schools on Muslim holidays may not be worthwhile for schools in cities like Fargo, North Dakota, it makes sense for schools in communities with a considerable percentage of American Muslims.