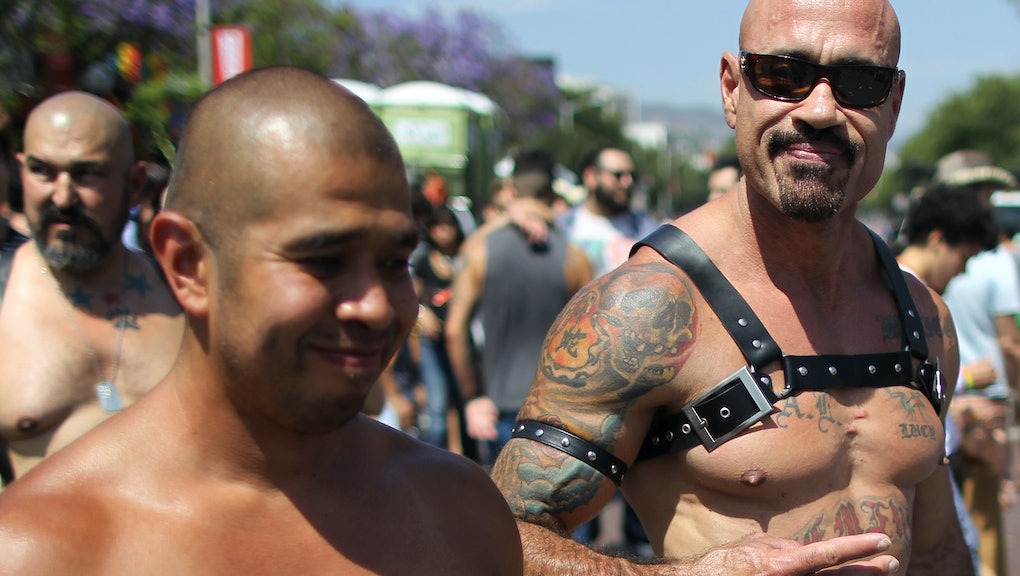 More and More Americans Are Having Gay Sex, Study Finds

There's a wave of men and women in the U.S. who have opened their minds — and bedrooms — to same-sex fornication, even if it's not their normal cup of tea.

Researchers at Widener, Florida Atlantic and San Diego State universities surveyed 33,728 people from 1973 to 2014. Their findings, published Wednesday in the Archives of Sexual Behavior, revealed big gains in men and women noting they've had sex with at least one member of the same sex.

While women who said they've slept with another woman climbed from 3.6% to 8.7%, the male population increased from 4.5% to 8.2%, with "bisexual behavior" doubling from 3.1% to 7.7%. However, the most staggering increase came in the form of acceptance same-sex partners getting it on: While only 11% of those surveyed thought same-sex behavior was "not wrong at all" in 1973, 49% shared that sentiment by 2014.

Attitudes are changing throughout the nation toward the LGBT community in an unprecedentedly rapid force, with the Supreme Court making same-sex marriage the law of the land in June 2015.

But the massive spike in anti-LGBT measures might show resistance from lawmakers toward accepting what's quickly becoming a societal norm: People don't really give a damn who you're sleeping with.

Meanwhile, acceptance of LGBT folks could also explain the spike in those saying they've shared sexual endeavors with members of the same sex. It could just be that more men and women aren't afraid to admit the truth: Sometimes, it's just fun to experiment. And that's okay.