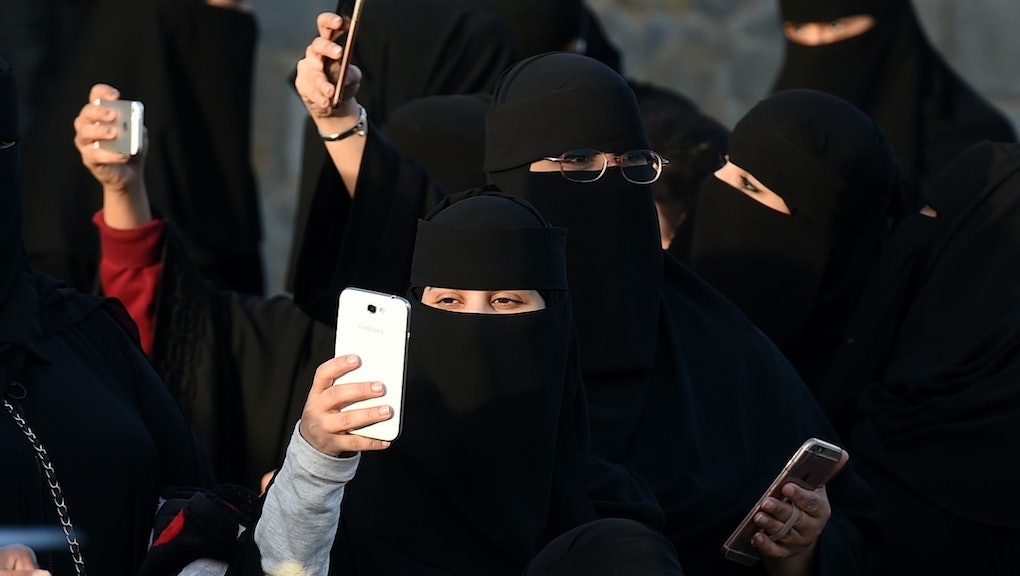 Looking at Uber's brief history of labor violations and the protests, it seems that no press is bad press. Now we know that for Uber, no money is bad money, either.

On Wednesday afternoon, Uber announced that it nabbed a $3.5 billion investment from the Saudi Public Investment Fund, the investing arm of the Saudi Arabian government. The Saudi fund will have a share of Uber's ownership — cashing out on Uber if it gets bought or goes public — and the fund's manager will join Uber's board.

"Our experience in Saudi Arabia is a great example of how Uber can benefit riders, drivers and cities and we look forward to partnering to support their economic and social reforms," Uber CEO Travis Kalanick wrote in a statement to the New York Times.

Uber's had a great experience in Saudi Arabia, finding a fervent fan base among Saudi women, who make up 70% to 90% of Uber users in the country. Why are Saudi women such big fans of Uber?

Because in Saudi Arabia, women are not allowed to drive, at risk of being whipped and arrested, and accepting a friendly ride from a man who is not your husband or family member is a severe taboo.

Global domination: This is the most recent development in a long, soiled history of human rights issues Uber has faced, especially regarding women.

Women have been regularly sexually assaulted by drivers who critics claim haven't been sufficiently background-checked. Uber's lost-and-found feature has been used to harass female drivers and Uber executives have threatened to stalk an expose female journalists' private information.

This is to say nothing of the worldwide protests against Uber's exploitation of labor markets that have people flipping over cars on the highway and lighting them on fire.

But none of these things have slowed Uber's success worldwide, or caused the company to flinch in its claims that Uber is good for both women and the poor, even when the data doesn't prove that. If anything, its newfound billions — $11 billion in total now — will only add fuel to Uber's rapidly spreading fire.