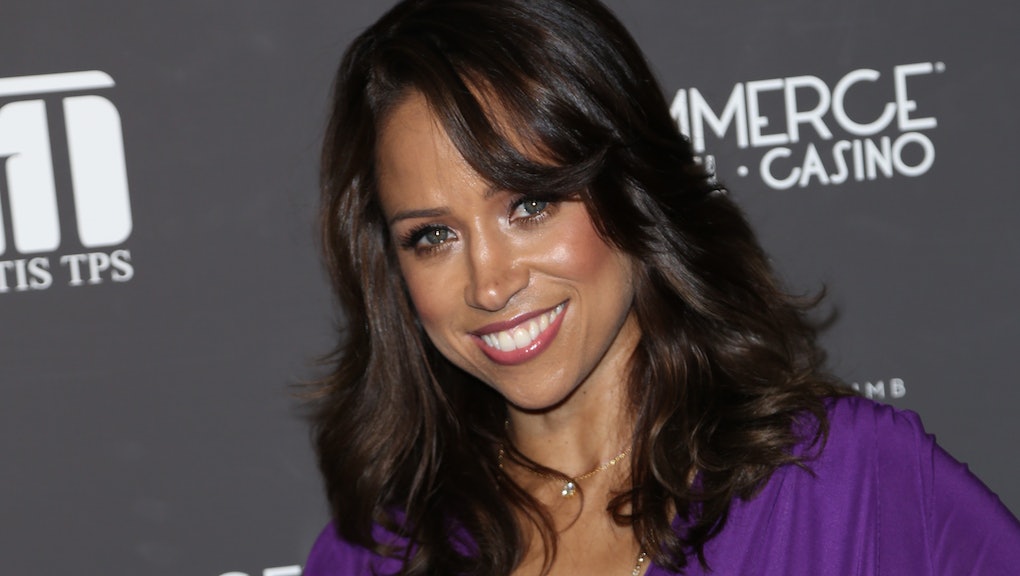 "It's tyranny by the minority. Why do I have to suffer because you can't decide what you wanna be that day?" Dash asked in an interview with Entertainment Online, missing the fact that many trans people consistently identify with the same gender each day and do not have trouble deciding which one to pick from upon waking up each morning. "It's your body! So, it's your decision, right? We all make choices."

When interviewer Nischelle Turner suggests that very point, the former actress-turned-Fox-News-correspondent, who maintains relevancy by critiquing anything from Black History Month to Lady Gaga's liberal agenda, says that a trans person's identity should not trump her rights and her beliefs.

"OK, then go in the bushes. I don't know what to tell you, but I'm not gonna put my child's life at risk because you want to change a law,"  Dash, who has a 24-year-old son and a 13-year-old daughter, said. "So that you can be comfortable with your beliefs, which means I have to change my beliefs and my rights? No."

Her harsh tone toward trans folks hoping to pee in peace, suggesting they'd violate one of her children while using the same facilities as them, surprisingly contradicts similarly controversial GOP presidential candidate Donald Trump's thoughts on the matter. While Dash lambasted trans activist and celebrity Caitlyn Jenner for using the women's restroom, Trump said he'd have no problem with her using a female stall in his Trump Towers. And she did.

Dash continued to complain about trans people needing to use the bathroom, saying the LGBT rights movement has begun to "infringe upon [her] rights too much."

So sorry trans folks, Dash wants to make sure she can prepare her next hateful one-liner while dropping a deuce in the comfort of the women's restroom — which she apparently thinks should be monitored by government officials.