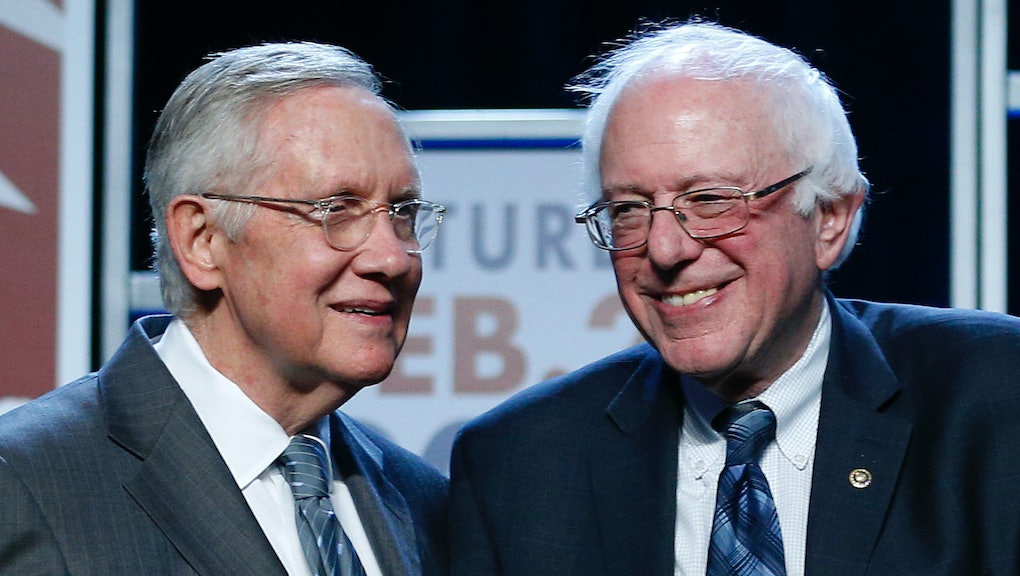 Democratic Establishment Tells Bernie Sanders to Pack It In

Senate Minority Leader Harry Reid had some tough words for Sen. Bernie Sanders, telling the Associated Press on Wednesday night that Sanders should not continue his presidential campaign through the Democratic National Convention in July.

"I don't know what that's going to prove," Reid told the AP. "Sometimes you just have to give up. I've lost before. The numbers aren't there."

President Barack Obama also waded into the discussion, saying in an interview Wednesday night on the PBS NewsHour the Democratic primary is "almost over."

Sanders trails likely nominee Hillary Clinton in almost every measure of the primary — pledged delegates, popular vote and superdelegates. And it will be all but impossible for him to change that in the remaining contests on the map.

In fact, Clinton is 70 delegates away from clinching the nomination — a milestone she's expected to pass Tuesday when polls close in New Jersey.

Sanders hopes a possible win in California on the same day could convince superdelegates — party elites who are free to select any candidate — to switch to his camp. But that would require that group of party officials and insiders to overturn the popular vote and pledged delegate totals, another unlikely scenario.

Still, Reid said he would not personally speak to Sanders to express his desire for the Vermont Senator to end his campaign.

"I don't think I'm the one to deliver that message," Reid told the AP. "If he calls and asks me I'll be happy to, but I'm not going to go chasing him around to tell him what math is."