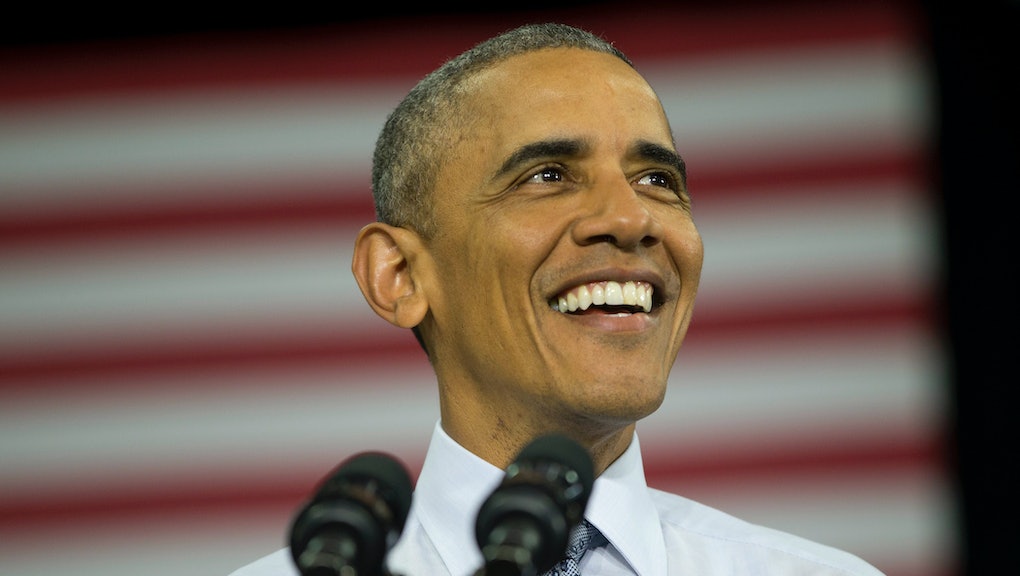 During a speech in Indiana on Wednesday, President Barack Obama said he supported expanding Social Security benefits, a major change in position that speaks to the leftward drift of the Democratic Party.

"It's time we finally made Social Security more generous and increased its benefits so that today's retirees and future generations get the dignified retirement that they've earned," Obama said, according to the Huffington Post. "And we can start paying for it by asking the wealthiest Americans to contribute a little bit more."

Back in 2011, Obama had offered to make cuts to the publicly funded retirement program as part of his bid to forge a deal with Republicans on reducing the deficit. As Bloomberg News notes, the policy was dropped from the president's budget proposal in 2014. But Obama's new call for it to be expanded marks a complete reversal from his earlier willingness to trim it down.

Obama's stance, which doesn't yet include specific details on potential expansions, cements an emerging consensus on defending the program that spans both parties. As the Huffington Post notes, during the last presidential election cycle, Obama "downplayed between his position on the program and that of his Republican challenger, former Massachusetts Gov. Mitt Romney," who wanted to make cuts to the program. But this year, there are no presidential candidates remaining in the race who would do so.

Both Democratic presidential candidates, Hillary Clinton and Bernie Sanders, have called for making Social Security more generous, and presumptive Republican nominee Donald Trump has said he wants to "leave it it the way it is."

The widespread sentiment that the government has an obligation to help citizens with retirement is a notable development during a particularly unpredictable election cycle, and suggests that faith in government, in some policy domains, is on the upswing.