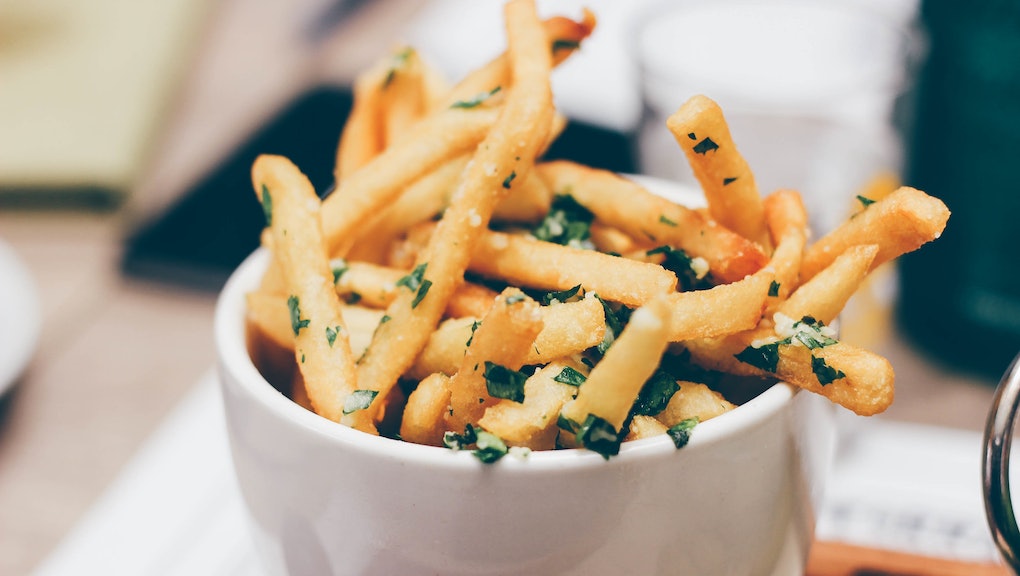 FDA Urges Food Industry to Cut Down on Salt, But You Won't Even Notice the Difference

This week, salt is Public Health Enemy Number One in America, but there's actually no need for you to put down the salt shaker. The food on the shelf at your grocery store is about to get less salty, but odds are good that your taste buds won't even detect it.

On Wednesday, the Food and Drug Administration urged the food industry to lower sodium in food products and restaurants with a set of voluntary guidelines, the Wall Street Journal reported.

On average, Americans consume roughly 3,400 milligrams of sodium a day, and the FDA hopes to slash that to 2,300 milligrams over the next decade. The goal: help individuals avoid cardiovascular disease and early death.

The Journal of the American Medical Association published an editorial about the guidelines, stating that reducing sodium intake by just 400 milligrams a day could prevent 32,000 heart attacks. Plus, the editorial pointed out that 39 other countries established sodium targets.

Nevertheless, some in the medical community are questioning these new targets. Aaron Carroll, professor of pediatrics at Indiana University School of Medicine, argued in the New York Times that people with high blood pressure may benefit from scaling back on salt, but that doesn't mean everyone else needs to drastically reduce their sodium. Carroll previously pointed to research that demonstrated extreme low sodium diets (less than 3 grams of sodium per day) can increase risk of death.

What's going to change and when?

The FDA salt targets are going to be implemented in phases. First, the government will come down on 150 categories of food, including soups, deli meats, snacks and pizza, the Wall Street Journal reported. Manufacturers have two years to lower salt levels in their products, and they'll have up to a decade to make products adhere completely to the new guidelines, and figure out how to flavor and preserve products with less salt.

Luckily, lots of manufacturers seem to already be on board with lowering salt. General Mills Inc. already made good on its promise to reduce sodium by 20% across 10 product categories, a press release from December 2015 stated. They reached their self-imposed goals in seven of those 10 categories.

The company adapts recipes by doubling down on spices or moving the salt to a different place on the product, like using it as a seasoning on the food's surface instead of adding within the recipe, so consumers can better taste it.

While consumers won't have to worry about their favorite products going bland, if health is of a concern, experts recommend skipping the packaged stuff as much as possible. Eating a goddamn vegetable would be nice, too.