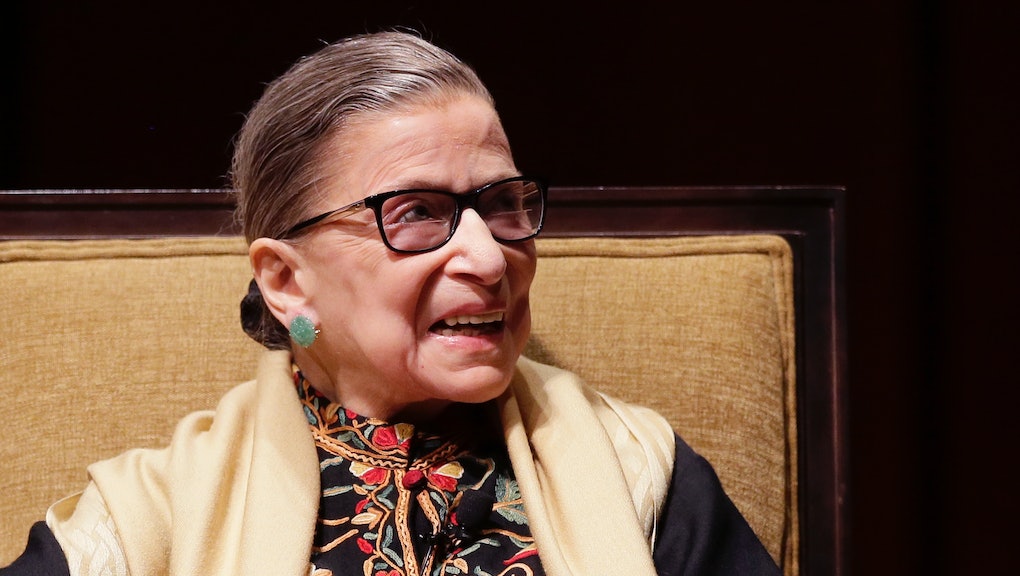 Supreme Court Justice Ruth Bader Ginsburg is an inspiration and icon for feminists and advocates of social justice — and now: insects.

On Wednesday, researchers at the Cleveland Museum of Natural History announced they were naming a new species of praying mantis after the Notorious RBG, dubbing it llomantis ginsburgae.

The insect is so-called for Ginsburg's "relentless fight for gender equality."

According to CNN, the mantis' neck resembles the decorative collars she wears with her black robe.

As Sydney Brannoch, a graduate student at Case Western Reserve University, explained in a video, scientists have historically focused on only male insects when identifying praying mantises, potentially because they were easier to dissect.

"Because this research was successful, we're hoping other scientists will develop and use this character system," said Brannoch. "The development of this taxonomic character system is an example of feminist biology."