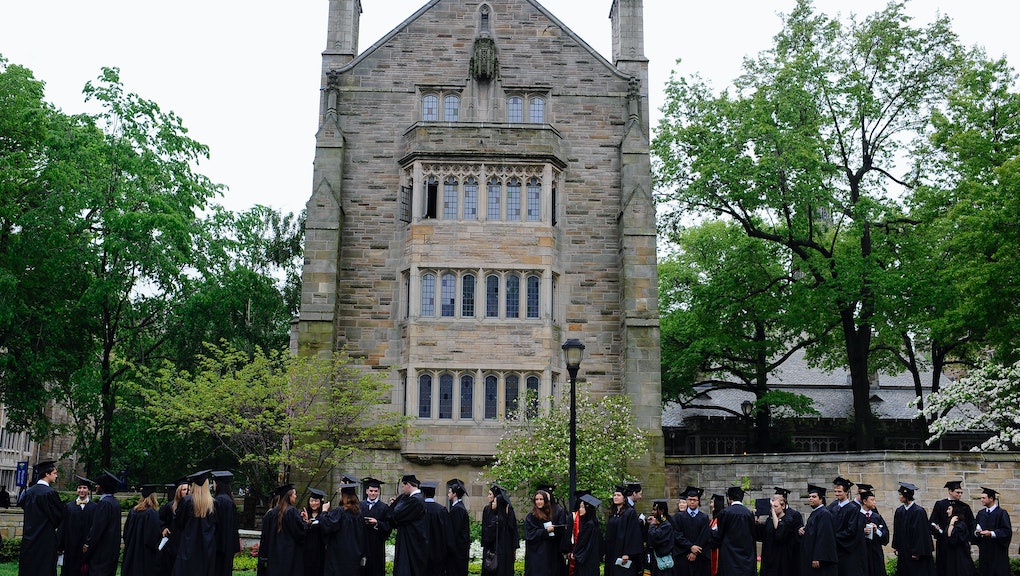 Spending several months in the company of dead white men is no one's idea of a good time. But for English majors at Yale University, it's a fact of life — and a mandate for anyone hoping to graduate.

But that could be changing soon. A group of undergraduate students at the school are circulating a petition calling for the abolition of this requirement and the incorporation of a more diverse curriculum.

"It is unacceptable that a Yale student considering studying English literature might read only white male authors," the petition reads. "A year spent around a seminar table where the literary contributions of women, people of color and queer folk are absent actively harms all students, regardless of their identity."

A small number of students seem to agree. According to the Yale Daily News, the petition had 160 signatures as of last week.

There's little reason to believe the department will change its requirements because of this petition — though it has made strides to hire more diverse staff of late. But its emergence certainly fuels debate around diversity on college campuses, in both the classroom and the materials taught there.

Attempts to "decolonize" college courses are nothing new in the U.S. Efforts to ensure curricula give appropriate attention to the contributions of women, people of color, LBGT people and other minorities in their coursework have been central to campus activism since at least the 1960s.

Similar discussions have seen new life over the past year. Students at schools ranging from the University of Missouri to Yale itself have staged protests and submitted demands to administrators calling for more diverse staff, student bodies and resources, and course requirements for students.

In Yale's case, these efforts are even garnering some support from professors.

"I love the idea of decolonizing our early period courses," Yale English professor Catherine Nicholson told the Yale Daily News. "[As] the authors of the petition rightly suggest, there is no reason why classes in pre-1800 literature shouldn't be spaces for thinking and learning about the histories of race, gender, sexuality, religion, ethnicity and ability."

Because both the authors and signers of the petition remain anonymous, it's difficult to gauge how much traction it's really getting among the undergraduate student body. But for many students, the importance of its sentiment cannot be overstated.

Adriana Miele, a class of 2016 Yale graduate, wrote as much in a column for the Yale Daily News in April.

"The department does not cultivate a well-rounded academic experience — the department educates its students in venerating the English canon," she wrote. "We are taught how to analyze canonical literature works. We are not taught to question why it is canonical, or the implications of canonical works that actively oppress and marginalize nonwhite, non-male, trans and queer people."

It's certainly a change worth considering.