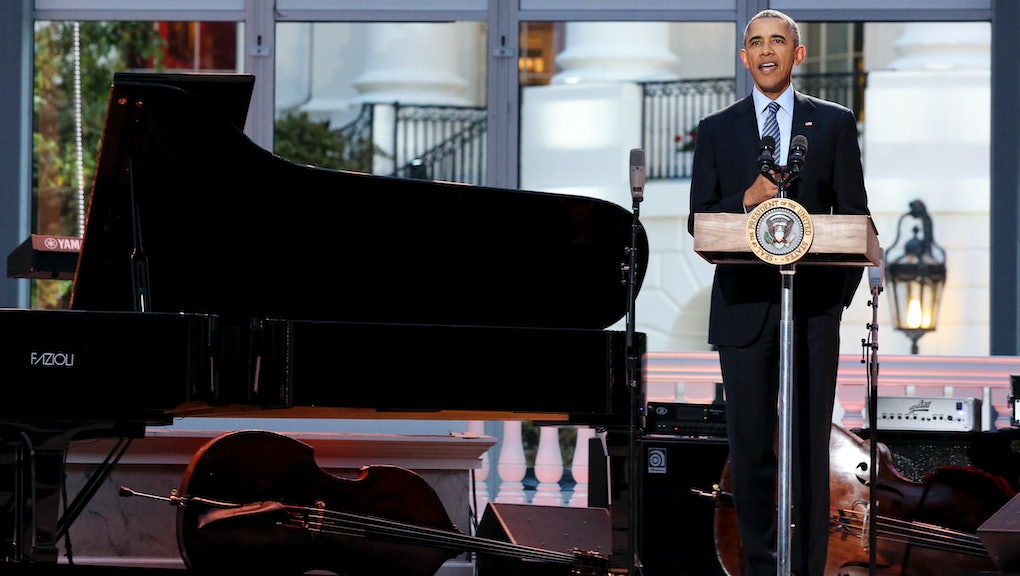 President Barack Obama has shown a lot of love for music in his two terms as president. He's weighed in on some of the most contentious debates of our time (Drake vs. Kendrick), he arranged a secret Prince performance at the White House and he became the first sitting president to speak at SXSW. This June, he's taking another bold stand for music's continued importance by declaring June 2016 as "African-American Music Appreciation Month."

"A vital part of our Nation's proud heritage, African-American music exemplifies the creative spirit at the heart of American identity and is among the most innovative and powerful art the world has ever known," Obama's proclamation reads. "It accompanies us in our daily lives, and it has rung out at turning points in our history and demonstrated how our achievements as a culture go hand-in-hand with our progress as a Nation."

In issuing this declaration, Obama is following a precedent set by President Jimmy Carter, when he declared June 1979 Black Music Month. Obama changed the name to African-American Music Appreciation Month after he was sworn in back in 2009 and he's used every June since to remind the world about this music's importance.

African-American music helps us imagine a better world, and it offers hope that we will get there together. This month, we celebrate the music that reminds us that our growth as a Nation and as people is reflected in our capacity to create great works of art. Let us recognize the performers behind this incredible music, which has compelled us to stand up — to dance, to express our faith through song, to march against injustice, and to defend our country's enduring promise of freedom and opportunity for all.